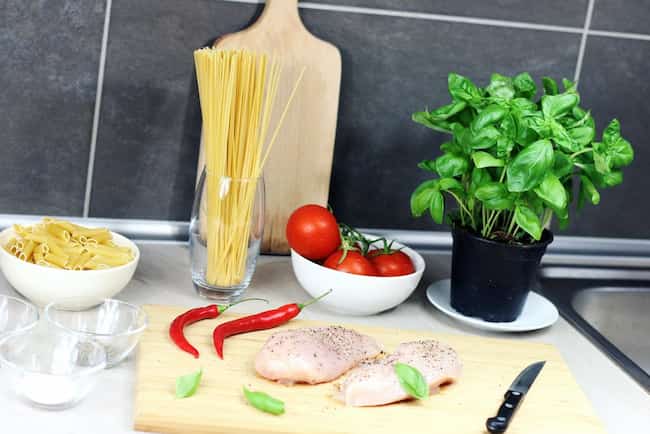 What Is Veganism, and What Do Vegans Eat?

A vegan is someone who avoids all forms of animal exploitation and cruelty. Vegans follow a plant-based diet avoiding all animal products, including meat (fish, poultry, beef, pork), dairy (milk, yogurt, cheese), eggs, and honey – as well as any product that contains animal ingredients such as gelatin or food additives like whey or rennet. Veganism is also about having an ethical lifestyle free from the use of animals for entertainment (circuses, races, etc.), clothing (wool, leather), and experiments.

A Brief History Of Veganism:

The origin of vegetarianism & veganism dates back to ancient times when peoples from India and Greece questioned the ethics involved in killing animals for food.

Pythagoras (570-495 BC) was a Greek philosopher and mathematician who was the first known advocate of vegetarianism. He believed that slaughtering animals for food is against the law of nature and that we should only eat plants, grains, and cereals.

Following his teachings, many ancient Greeks became strict vegetarians, including Plutarch (c46-120 AD), Ovid (43BC – 17AD), Porphyry (234-305 AD), and Plotinus (204-270 AD). In the 6th century, the movement grew when Roman Emperor Justinian declared all animal foods illegal, stating, “Flesh meat also is prohibited at certain seasons of the year among which are the religious holidays.” this time, monks started to cultivate vegetables to replace the forbidden animals’ foods.

3. Prevents heart disease and high cholesterol levels in the blood

6. Aids in the prevention of Type 2 Diabetes

7. Promotes better sleep patterns and reduces the risk of insomnia

8. Helps reduce symptoms associated with gout, such as uric acid crystals in joints and hyperuricemia – which is high levels of uric acid in the blood – and is a precursor to gout.

9. Decreases heartburn and gastritis (inflammation of the stomach lining) symptoms caused by reflux esophagitis or GERD (gastroesophageal reflux disease). Because vegans eat little or, no animal fat found chiefly in meats, eggs, dairy products, and baked goods made with butter and lard, and this diminishes reflux.

2. The number one reason for becoming a vegetarian is to lose weight (and it works!). Many weight loss programs such as Weight Watchers suggest people adopt a vegetarian diet to lose weight because vegetarians tend to weigh less than those who consume meat and other animal proteins at every meal.

Vegetarian diets can be equally effective for weight loss as low-fat diets containing moderate amounts of lean meats (chicken and fish). By reducing your carbohydrate intake, which can happen when you cut out meat, you may lose weight since carbs are converted to glucose in your body and stored as fat when they’re not used.

Finally, a happy side effect of seeing the scale go down can be the incentive you need to stick with a vegetarian eating plan.

3. Vegans tend to have lower cholesterol levels than vegetarians and meat-eaters because their diets contain no animal cholesterol – only plant-based fats – which help promote healthy blood flow throughout the body, including the brain.

However, no significant differences were found between blood pressure readings of vegans versus meat-eaters or Lacto-ovo vegetarians (those who ate eggs and dairy products). Heart disease is one of America’s most common killers today. The primary cause of heart disease is clogged arteries, which can be attributed to high cholesterol levels in the blood. Whether you’re a vegan, Lacto-Ovo vegetarian, or flesh-eater (meat-eater), controlling your daily intake of fat and cholesterol will help prevent heart disease.

Vegan diets are richer than nonvegetarian diets in magnesium and lower in calcium. Because dietary calcium can reduce magnesium absorption, vegans may have lower calcium needs than vegetarians who consume dairy products.

A vegan diet also contains more miniature zinc because many foods fortified with zinc (such as bread) typically contain animal ingredients like whey powder or eggs. The iron status of vegans appears to be more similar to nonvegetarians than vegetarians.

4. Gout is a painful kind of arthritis that occurs when excess uric acid (a compound in the blood) forms needlelike crystals in and around the joints, causing inflammation and pain.

Since vegetarians tend to have lower levels of uric acid than meat-eaters, they’re less likely to get gout, especially if they follow a low-purine vegan diet that’s rich in vegetables, pulses (beans), grains, seeds, nuts, fruits, and yeast extracts that are naturally low in purines. Many cases of gout can be prevented by following a healthy diet high in fresh fruit and vegetables.

5. There are various factors responsible for causing insomnia, such as/stress or jet lag which can be easily managed by adopting a vegan diet.

6. Vegans tend to have lower blood pressure readings than vegetarians and meat-eaters. A vegan diet can help reduce your risk of high blood pressure since vegetarian diets are naturally low in fat and sodium (salt).

People who switch to a healthy vegetarian diet often see their blood pressure drop within weeks or months. Still, benefits may vary depending on how much salt you currently get in your diet, your age, the presence of other health conditions such as diabetes or kidney disease, your ethnicity/race, and other factors.

7. Arthritis is a condition that causes pain in the joints when the cartilage is worn down over time. Some people believe that dairy foods contribute to arthritis development because of their high saturated fat and protein levels.

READ:  What Type Of Diet Do These Two Critters Have?

There’s no proof that dairy foods cause the disease. Still, the new American Dietetic Association Guide to Vegetarian Diets says vegetarians tend to have fewer cases of arthritis, which can be made worse by inflammation. This may be because vegetarians are less likely to eat fatty meats or other animal products high in saturated fats.

8. Following a vegan diet may help boost energy since meat contains carnitine. Most vegans report that they feel more energetic on their diets than before they switched to it – probably because they’re eating more fiber-rich plant-based foods than before, making them feel fuller longer throughout the day with fewer junk food cravings at night

. Some vegans also report this effect because they eat less processed foods, often made with pork fat or other animal-based ingredients.

9. It is well established that vegetarians tend to have lower LDL (“bad”) cholesterol levels than meat-eaters. The new study found no significant difference between the three groups regarding total cholesterol, HDL (“good”) cholesterol, and triglycerides. However, there was a trend for vegetarian women to have slightly lower HDL levels than nonvegetarians.

10. Vegans tend to have lower body weights than meat-eaters and Lacto-ovo vegetarians, probably because they’re cutting back on higher-fat animal products such as cheese and other dairy foods, which can add excess calories to your diet.

The vegans in the study weighed an average of about 13 kilograms (28.6 pounds) less than the nonvegetarians – a significant difference that could lead to reduced risk for chronic health problems like diabetes and heart disease – although it’s hard to say if this weight difference is entirely due for diet alone since vegan women tend to be more conscious of their food choices and exercise habits than others.