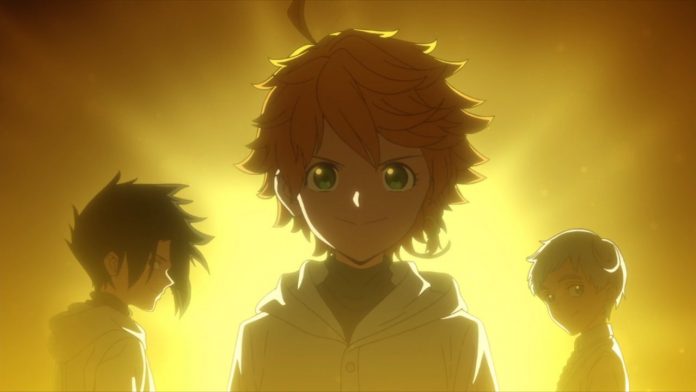 When the transposition of a manga into anime is announced, great fidelity in the original story and events is always expected. The path that most animation studios have taken is this, but there are several cases that break this direction.

In the past there have been such experiments even for very famous works, and one of them is Tokyo Ghoul with the sequel Re, the result of which was not very popular with the public. A similar path was chosen by CloverWorks for the second season of The Promised Neverland, deputy to close the story of Grace Field’s children with the final escape. CloverWorks in fact decides to lean towards a story for very long original traits while taking important events and highlights from the 15 volumes of the manga that it has decided to adapt into 11 episodes. Condensing such a story into such a few hours was not a good idea: the The Promised Neverland’s final season was disappointing in many ways. Let’s analyze them in detail.

Emma e Ray, thanks to the plan devised by Norman, they took Grace Field’s children with them, but left behind those under four. Savoring the first dawn of freedom, the protagonists will have to juggle wild forests, dangerous animals and pursuers in their tracks. The journey will see the knowledge of precious allies, places they can call home and old friends, with the various events that will lead them to return there from where they fled to finally be able to arrive in the world they dream of where no more children will be eaten by monsters. 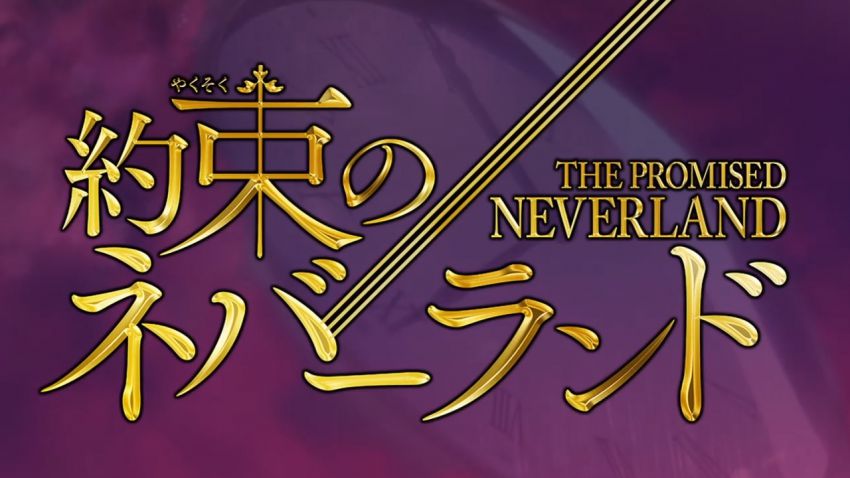 As mentioned, while the first season of The Promised Neverland has faithfully stuck to the events of the first four and a half volumes, the episodes that aired over the past few months have turned the story around. In this second season, Emma and the others head straight to the point that allows them the ultimate escape from their fears. A choice that therefore marks the conclusion of the story in a clear way and without the possibility of a third series.

And the biggest sore point of The Promised Neverland 2 is the story itself. The choice of CloverWorks was to prepare only 11 episodes, plus a summary placed in the middle of the season, which knows a lot of desire to close the project as quickly as possible. Since the first episode of The Promised Neverland 2 there has been a great rush in telling the main events, a pace that has only increased over the following weeks. The result was therefore a very fast story and that cut a lot the evolution of the characters, the exploration of the world and the investigation of the mysteries and consequently the pathos and tension that were savored during the episodes of the first season. 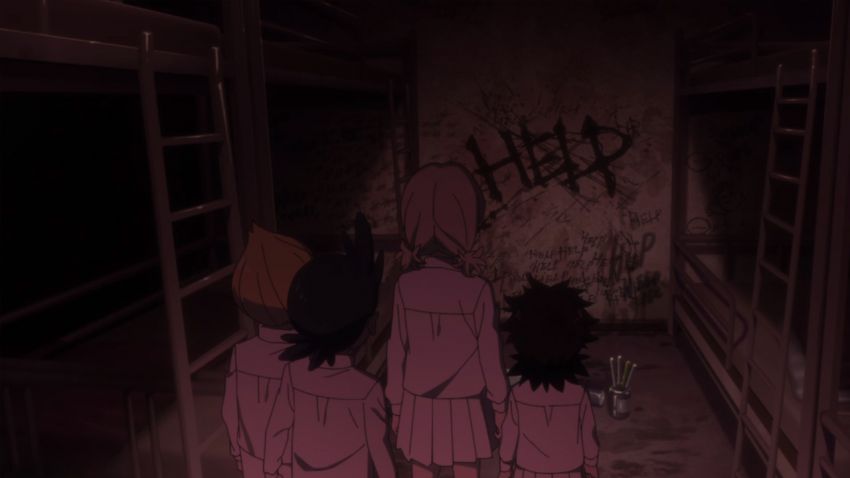 The production of the anime has decided to insert, almost as a compensation, elements clearly taken from the manga and which wink at events that have been completely canceled. These Easter eggs, however, turn out to be annoying since they remain mysterious objects and without explanation for those who watch only the anime, while a reader of the manga will find himself looking with disappointment at all that could be and never will be. The “HELP” writings in the shelter room are one of these elements that were inserted to try to wink at readers of the original Shirai and Posuka comic, but they are inconsistent and senseless in the anime.

You will never know the origin of those written and what they mean, because in fact their existence disappears within a few seconds. A choice therefore very questionable and which only risks creating confusion. This naturally also applies to many other elements included in the course of the episodes.

And with this theme we begin the discussion on the script of the anime episodes. If in the first episode of The Promised Neverland 2 we see a quick realization, with little bite but still intriguing, in the second there is instead a clear change of pace that offers a more faithful rhythm to that of the manga and therefore manages to maintain that vein of mystery and psychology that made the work so famous. Unfortunately it is destined to last a short time, given that one of the most disappointing points comes with the episodes that mark a clear break between manga and anime of The Promised Neverland: 3 and 4. 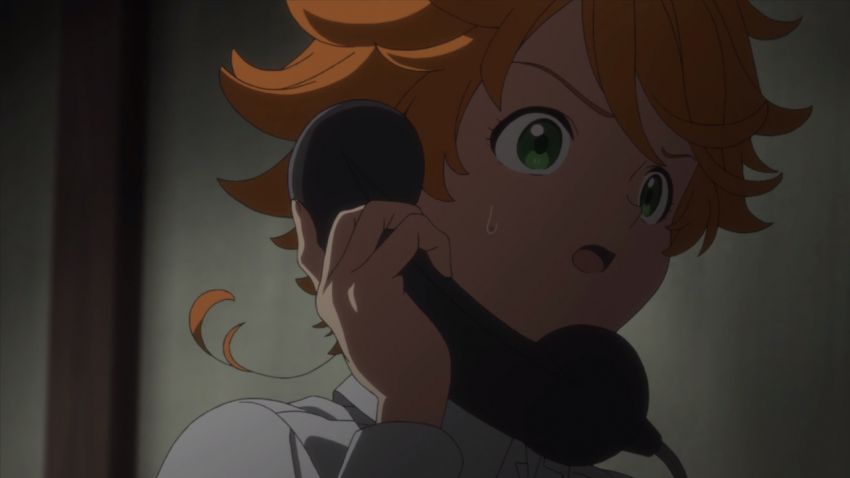 Here the paths between the two media separate, while occasionally approaching in future events. The two episodes in question have so many unexplained question marks and unnecessary scenes that turn out to be completely useless for plot purposes and character development. If the scenes between the middle of the third episode and the end of the fourth were canceled, we would have almost the exact same development and no plot changes in the following episodes.

The sequel is not the rosiest: drawing some key points of the manga but reinterpreted for the new setting, CloverWorks forcibly inserts many events into a single episode that needed much more time and a more natural evolution. To make the plot develop quickly, in each episode there is at least one – if not two – deus ex machina that solve the situation in a matter of seconds. The result is a writing devoid of bite, predictable in every aspect. The low point is reached by an episode 10 of The Promised Neverland with no screenwriter in the credits, with what is confirmed as the weakest installment of the series. 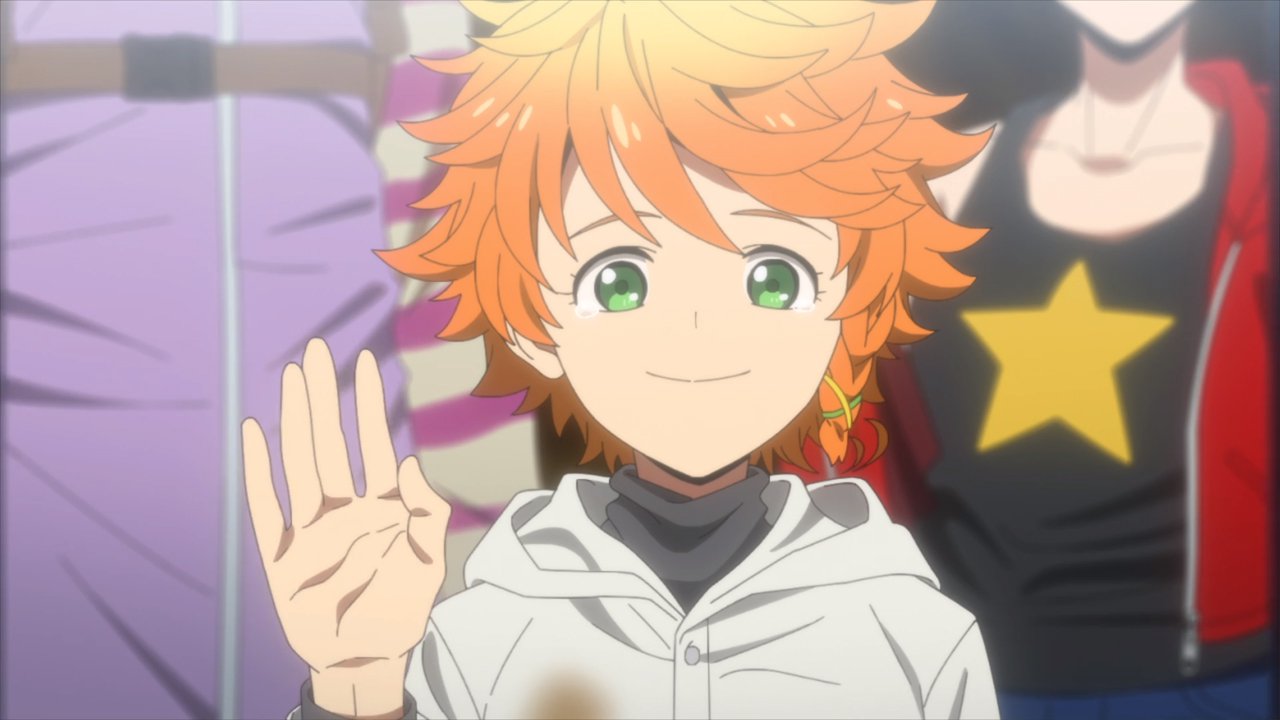 The eleventh and final episode of The Promised Neverland finally closes the story of children not without problems, as it will leave many mysteries unsolved.

Basically, the second season of The Promised Neverland fails to stimulate in terms of tension and psychological battles, of the constant tricks and changes in front of which the children of Grace Field had accustomed us in the first 12 episodes of the anime of 2019.

Children who escaped from the anime

Inevitably, from this very fast and senseless pace, even the characters who have to surrender to the need to do something to keep the series going on get hurt. During the first season of The Promised Neverland we saw three protagonists – Emma, ​​Norman and Ray – who were able to reflect, to devise strategies and to stay even for an entire episode to discuss and think about what to do. 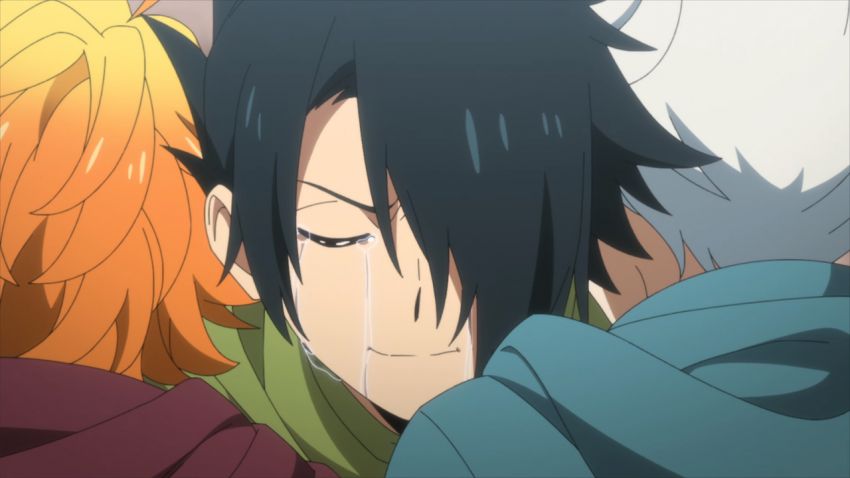 Those characters disappear and shadows are placed in their place that act by chance and irrationality. If Emma, ​​despite her do-goodness, at the beginning was still a rational and pragmatic character, here she is based on far-fetched hypotheses and risks throwing everything on the basis of nothing; the cold and willing Norman that we have known in the original work falls into some really banal script cues; it could be said, with a provocation, that Ray is the only one of the three to remain consistent.

And if the good guys cry, the bad guys don’t laugh: there is only one antagonist during the second season of The Promised Neverland. Aside from the nameless demons, as well as trained Ratri soldiers unable to resist children with bows and arrows, the only villain is Peter Ratri. The man appears for a few seconds in the previous episodes to then make his actual arrival in the anime with episode 10. It is a pity that it is not really clear who this figure is, given that he is defeated within a few minutes and what’s more so disappointing. In conclusion, the flashback dedicated to him fails to give him real depth and make us feel a minimum of empathy towards him. 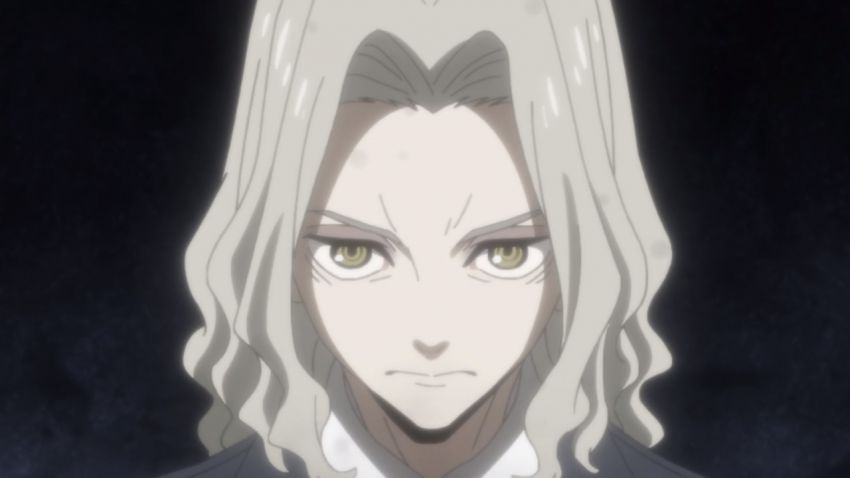 A few minutes of space was also dedicated to Isabella, Don, Gilda and Norman’s new friends, but none of them were really able to impress. Of Mujika and Sonju instead it can be said that they had an important impact, although some questions about them remained even after the vision of the last episode, testifying once again that not all subplots have been closed properly.

The task of the technical department

The Promised Neverland is an anime very focused on reasoning and planning, therefore it does not require as much effort in animations as other mainstream shonen manga. No fighting and few moving character scenes allowed the CloverWorks studio to do the bare minimum for most episodes. 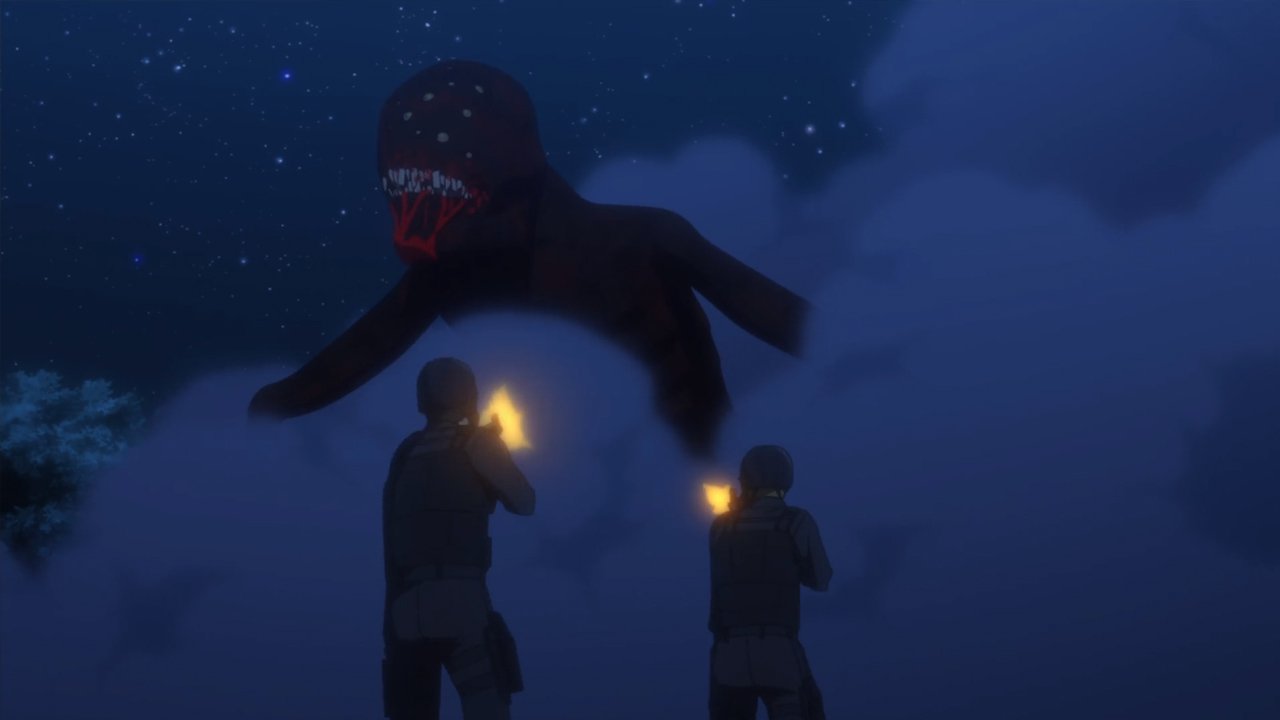 After a first technically discreet episode, net of some defects in the 3DCG of the wild demon, the quality has gradually waned. Starting with wild demons and digital animations, the future appearances of monsters with this technique have been poorly cohesive with the rest of the animation. If the direction of the first episode had in fact been able to hide some defects by exploiting the darkness and the surrounding environment rich in elements, in the open field the demons of the following episodes showed a much inferior technical realization.

The rest of the season flows between just enough animations and a clever direction that tries to hide its flaws. However, some aesthetic solutions highlight how much the technical sector also went to savings. One of these concerns the gag of episode 4, where for over 30 seconds the children are practically stationary at the dining room table without doing anything, with only a few changes of shot; the others are hidden in the last few episodes and concern short scenes where one has the strong impression that frames are missing 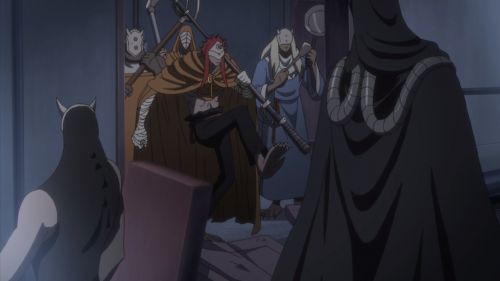 Both in the moment when the demon eats Sonju’s arm in the village and in the following episode, when the monster breaks down a door in Grace Field, we realize that the scene jerks with a single frame covering several tenths of a second. The ending is, as mentioned in the previous paragraph, a hoarding of artwork without any animation: simple well-designed photos that make you feel for two minutes once again how much we tried to fill the episodes with static scenes.

To save itself there is the music sector: even if the opening is not up to the “Touch Off” of Uverworld heard in the first season, the opening theme “Identity” by Kiro Akiyama gives a good rhythm and introduces the various episodes well. Likewise, Myuk’s “Maho” closes the episodes with a quiet melody that does not make you regret those of the first season. Even during the various episodes, the music is dosed well and inserted where and when it is needed, without touching high peaks but shining compared to the other departments.