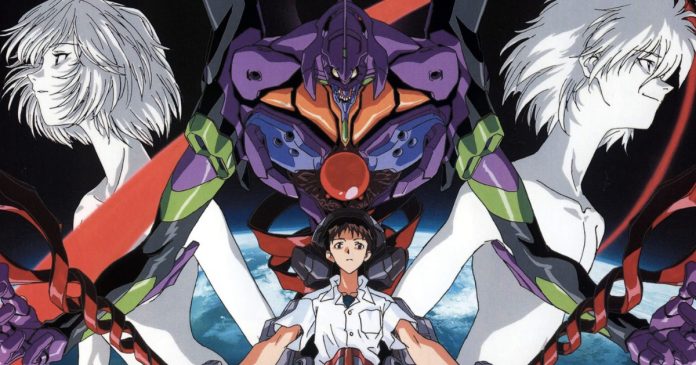 Neon Genesis Evangelion is one of the Anime series largest and most influential ever created, each episode switches between philosophical introspection and giant-scale robot vs. monster fights.

The robots themselves, called Evangelions, or EVAThey appear as huge mechanical humanoids that must be piloted by a person inside a cockpit in the robot’s body, which is neuronally “synchronized” with the EVA’s brain to wield whatever weapon it has.

It seems pretty straightforward from here, but if you’ve Googled about the show, or watched the first episode, or even finished the Evangelion series and are still confused, you might be wondering: What is an EVA, anyway? ?

Warning! The following in The Truth News contains spoilers. So we recommend you read if you want to know in detail about the giant robots of Neon Genesis Evangelion, a series created by Hideaki Anno.

How do EVAs work in Evangelion?

Like any machine, there are rules of operation. The EVA, or giant robots of the series, they can’t get very far from NERV’s Tokyo-3 headquarters as each is connected to a power source on the ground via an umbilical cord, which connects to the back of the EVA and can generate its power indefinitely.

Once the cord is unplugged or cut, the EVA has power for just a few minutes before it shuts down completely. The human pilots of the EVAs are diverted to them through an inlet plug, where they are suspended in LCL liquid, a strange orange juice that can be breathed like air.

Otherwise, the EVA sync speeds, which are displayed in waveforms, will not fully match. If you’ve come far enough to see the conclusion of the second episode of the show, you’ve seen enough to know that the EVA are not machines, not at all.

Shinji agrees to pilot Unit EVA-01, but due to his inexperience, he fails miserably. Unit-01 is severely damaged by Angel Sachiel; his arm is broken, and one eye is pierced before he loses power and Shinji passes out from the phantom pain.

Shinji can’t remember anything, but in a flashback, we see that the EVA comes back to life on its own, powerless, and brutally destroys the Angel. His damaged metal helmet falls off and Shinji watches him regenerate an eye, a real eye, of flesh and blood; then Shinji screams and passes out.

So it’s pretty clear that EVAs aren’t all machine parts. The technicolor “armor” actually acts as a restrictive prison for a giant humanoid body: EVAs, underneath all that metal, are more similar to humans than to any robot.

Who created the EVAs in Evangelion?

NERVE created the EVA for fight against los angeles threat, but EVAs are more similar to Angels than to machines, as each one was grown from samples of the First Angel, Adam, after he was destroyed during the “Contact Experiment”.

Each except Unit-01, which is the only EVA that will be created using samples from the Second Angel Lilith. This is why EVAs can go “crazy” and move around without being connected to an electrical power source: they are not machines at all, but cyborgs, to keep their strength in check.

Each EVA as well contains a human soul: always the soul of the pilot’s mother. Shinji’s mother, Yui, died during the Contact Experiment, and her soul fused with the body of the fleshy prototype Unit-01 when her body was destroyed.

Asuka’s EVA contains the maternal part of her mother’s soul, who went insane as a result of her Contact Experiment and committed suicide. Rei’s case is special since she has no mother, being a cloned fusion of Lillith and what was left of Yui Ikari.

But with the Unit-00’s strange sync rates and the tendency to go crazy or not work at all, it was never entirely clear in Evangelion whether it was imbued with a soul or not.

The prevailing fan theory is that part of the first Rei’s soul was rescued and placed in Unit-00, and the rest was used in Rei 2, hence her estrangement from virtually everyone but Gendo Ikari.

Evangelion’s design was influenced by a Japanese demon called Oni: the designer Ikuto Yamashita he said they were meant to look like “a giant barely under the control of mankind.”

Their appearance caused a stir, as they completely deviated from the normal square and heavy design of wicks on properties like Gundam. Toy companies worried that they were too sneaky and weird to be made into merchandise.

However, the sleek design coupled with the EVA’s crisp lines ended up becoming one of Evangelion’s most recognizable features. Evangelion’s Rebuild kept its aesthetic and the new film Thrice Upon A Time closes the original story of Hideaki Anno.