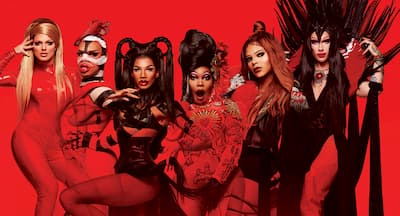 Be prepares for the gayest thing to happen in Sin City as you are about to add an amazing and exciting series, “RuPaul’s Drag Race: Vegas Revue”. It is the most bittersweet time for all the fans of this American Television Series.

With the news of “RuPaul’s Drag Race: Vegas Revue All Stars 5”, airing this Friday, all the fans and followers are more than excited to watch the latest installment in the franchise. Surely, the “RuPaul’s Drag Race: Vegas Revue” which is going to have six episodes in the docuseries, is following the series order given by VH1. The new installment is following the star cast of “RuPaul’s Drag Race Live! Residency”. All the viewers will be able to get a sneak peek in the professional as well as personal journeys as the cast will move on to Las Vegas. Oh Yes, It’s Las Vegas Baby!!

On Friday, VH1 is going to release the new amazing six episodes of docuseries namely, “RuPaul’s Drag Race: Vegas Revue” on the 21st of August. Well, the show is going to follow the journey of six drag race alums. We are sure that the viewers will be thrilled to watch their amazing journeys as they prepare for the live drag show of a lifetime in Las Vegas.

It is sure that you will be wondering about who is going to be in the star cast of this upcoming docuseries.  The viewers will be happy to know that the show is going to feature the former contestants. Talented contestants that are going to entertain the audience in VH1’s latest series, “RuPaul’s Drag Race: Vegas Revue” are as follows:

The star cast of this thrilling series is going to follow the queen as they will prepare, rehearse, and do their best to put on a massive drag spectacle race in Las Vegas.

Yes, the trailer for the upcoming docuseries is out now. Viewers and fans can get a glimpse of what actually is going to happen. Also, Barry speaks with the fans and viewers in the official trailer of “RuPaul’s Drag Race: Vegas Revue”. He says, “Everything that we’ve worked for, the payoff is now”. With 20 seconds of the official trailer, it seems that the upcoming series will marvel at everything. If you did not watch the trailer yet, then you can watch it here.

If you are residing in the US, you can definitely watch this docuseries on 21 August, Friday at 8 p.m. ET on VH1. But that will be possible if you have a cable or satellite package including the network change. Fans can also watch this show on multiple live streaming services such as Sling TV, Philo, Fubo TV, Youtube TV, and AT&T Now. It will indeed be a must-watch docuseries that you can enjoy with your friends and family members.