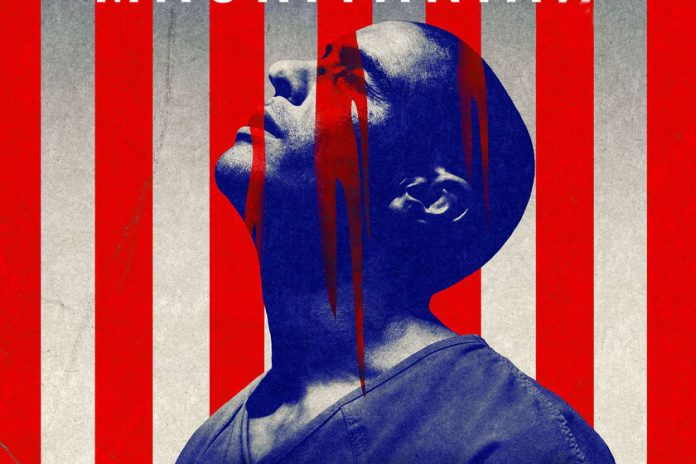 It is not time to assess the films nominated for the Oscar 2021 or go reviewing their strengths and weaknesses to determine why the extraordinary ‘The Mauritanian’ (The Mauritanian, 2021), by Kevin Macdonald it is not among those selected. I may not touch, because does not review recent events in American society, and when we say recent, we do not mean the events of 2020. Trump, the Black Lives Matter, the pandemic or the assault on the capitol.

It may be because the gap in the movies with judgment was already filled by Netflix and its funny ‘The Trial of the Chicago 7’ (The Trial of the Chicago 7, 2020) and the political artifacts resonate better echoing the racial struggle with movies more than worthy but with inconsistencies like ‘Judas and the Black Messiah’ (Judas and the Black Messiah, 2021), but simply, after seeing the McDonald’s movie, It is important to review the list of nominees and check their absence.

Perhaps what he tells and explains is not convenient to air it artistically, since denunciation films are good when there is a visible and clear head on which to demonize, but when the shame falls on the whole country, perhaps it is not the time to reward the story of a man who paints a cynical expression on the street. big smile of democracy. Mohamedou Ould Slahi’s account is uncomfortable because it is not a famous case in the 60s and 70s that shows “how nothing has changed” like so many current revisionist films.

His story is the history of the day before yesterday, so much so that the torment to which he was subjected ended only 4 years ago and the worst of his case is that he is only one of the 799 prisoners in Gitmo, of whom, as reported by the credits, only 8 have been tried and convicted, with three of those convictions overturned on appeal. The squandering of its own legislation and of any guarantee of the declaration of human rights is one of the most painful episodes of western civilization of the 21st century.

‘The Mauritanian‘presents the story of Slahi with a script that draws heavily on his memoirs’Guantanamo Journal‘, which became a multi-language best-seller in 2016 after being censored by the US military, only to be published in its entirety after its release. In the hands of Rory Haines, Sohrab Noshirvani, M.B. Traven, tells how the writer was interned in the Guantánamo detention camp on suspicion of having recruited the kidnappers of September 11.

The most interesting thing about McDonald’s film is how he alternatively narrates the odyssey of the main opponents in the Slahi case, defense attorney Nancy Hollander, played by a rotund Jodie Foster, and the military prosecutor Stuart Couch, a Benedict Cumberbatch who does not clash as an American, but does not convince either, and how, starting from diametrically opposite positions, they end up meeting when they collide with the wall of official secrets, in a precise montage in which they adjusts the information in its not heavy 129 minutes. 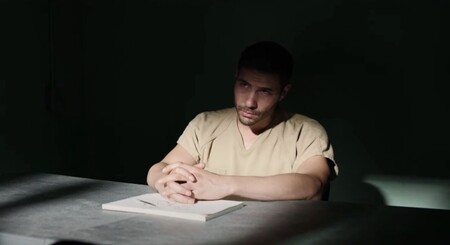 From Hollander’s perspective, a stupendous subplot is created with his young assistant Teri Duncan (Shailene Woodley), who, having filed a Freedom of Information request for the relevant documents, receive a mountain of boxes whose documents are nearly 100 censored. %, and how both react differently, as they discover what they hide. From Hollander’s professionalism and defense of individual rights, to Duncan’s posh idealism, his two postures define the arc of his characters with subtlety and verism, making the heart of the film beat at this bend.

Meanwhile, Couch is denied access to the circumstances of Slahi’s confession, as they are classified as a record reserved for intelligence only, creating a paranoid jungle of blocks to find what he needs, until ** is shown that Slahi’s confession was coerced after 70 days of ****** torture, including beatings, sleep deprivation, loud music, stressful positions for hours, drowning and sexual humiliation, threats to arrest his mother and take her to Gitmo to being raped …

All the Guantánamo scenes from Slahi’s memory are told by changing the panoramic format to 1:66 that encases the character in his cell, his “playground” of a few square meters and the tremendous torture sequences, which give him to your blogs a powerful, even oppressive sense of authenticity, thanks to the vertical boxing of the ratio mutant-looking. Although in reality it is not those hardships, terrifying, yes, unpleasant, that create the most outrage in the viewer.

What makes ‘El mauritano’ rise up in front of his proposal to denounce and find his own personality is Tahar Rahim’s impressive work as Slahi. Since he rose to stardom as the incarcerated in Jacques Audiard’s ‘A Prophet’ (2009), Rahim stands out for confronting characters in dramatic situations with an unusual character and here, he manages to convey an inner integrity, with touches of an ironic sense of humor, who maintain a charisma that makes him a character worthy of his own fiction, a modern Papillon to which the disgusting treatment to which he is subjected only forges his patient speech. 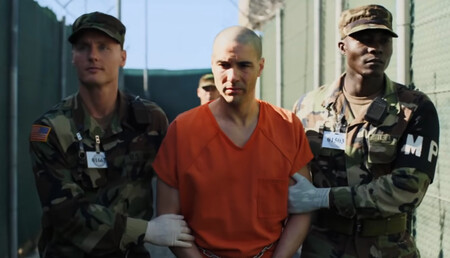 The final monologue before the judge at his trial, renouncing justified anger (“I’m trying to forgive”) is a model of serene dignity, which connects with the character that we have the opportunity to glimpse in the final scenes with the real prisoner, who some have called self-indulgent, but that, in addition to being nice and liberating, they are neither out of tune nor excess in a film that is presented as a document on the side of justice and the search for truth.

There is a scene that is repeated in ‘The Mauritanian’ for two different periods of time. Attorney Hollander climbs the stairs of an Administration Hall in which there are two paintings with the photos of George Bush Jr and Dick Cheney. Later, we can see another moment in which the camera captures the same space with two different photos in the same frames. This time, in the photos appear Joe Biden and Barack Obama, the man who saw the capture of Bin Laden under his rule.

McDonald do not plant this detail in a trivial way. The first immediate effect is the passage of time, giving us an idea of ​​the time that has passed with the unresolved painful situation, the determination of the lawyer to go to the end in different periods. But he also leaves an easy-to-grasp message just now that Biden is the new President of the United States of America. The responsibility for creating (and hiding) shame has always been blamed on the Bush administration, but the brutal end-credits cut of the film opens your eyes. 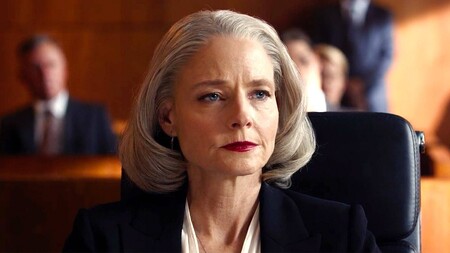 Slahi, despite being acquitted by a US court five years earlier for lack of evidence, was not finally released until 2016, after having spent 14 years in the field of Gitmo. A delay result of an appeal against the court verdict by the Obama administration. ‘The Mauritanian’ is one of the films about real events that scratch, serve and should be seen by everyone, but above all, it has a solid cinematographic entity, actors who leave their mark and an intelligent script, it is one of those films that is was missing in the anemic pandemic season and not only because it makes those selected for the Oscars pale.