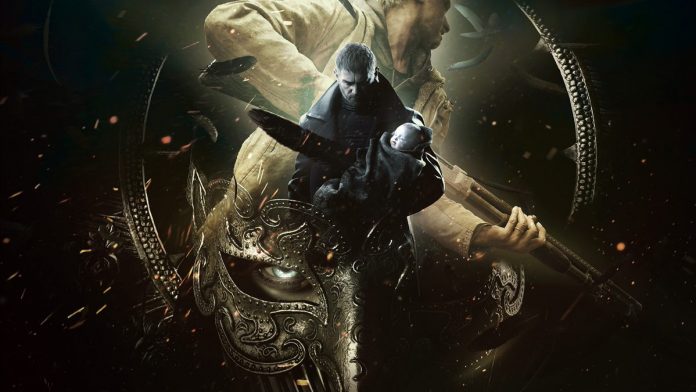 In a previous interview, Resident Evil Village director Morimasa Sato explained how the team implemented a village as the central theme of the game and how its different areas, characters, and experiences were created with that theme in mind. The images seen so far show a lonely town hidden high in the mountains with an architecture reminiscent of northern Europe. But the specific details remain a mystery, covered by the snowy landscapes of the town.

Today, IGN may exclusively reveal the game map, showing a wide range of locations for the first time.

Four locations are highlighted with emblems, one of which says Dimitrescu Castle, the location of the Maiden demo that we can play for now on PS5. Other landmarks include a factory, windmills, and a warehouse that houses an image of a giant monster. The latter looks like it could recreate a situation similar to Resident Evil 4’s iconic battle with the Del Lago monster..

There seems to be more similarities to Resident Evil 4, which also takes place in a town. By introducing new enemies and new gameplay elements for each area of ​​the game, Resident Evil 4 ends up being much more than the town and its settings. Sato sees this variety as one of the key components of the 2005 classic, and seems to be taking the same approach with Resident Evil Village..

“When you hear the word ‘town’, you can imagine picturesque houses lined up along a street, but that’s not enough to make a video game.”Sato tells IGN.”Especially in a horror game, I think it’s important to keep providing new experiences along the way. Within the town, it is important to continue offering new surprises to the player”.

Sato sees the characters in the game as the most important factor in creating a memorable town.. With Lady Dimitrescu residing at Dimitrescu Castle, it’s impossible not to examine the map and wonder not only what the remaining areas will look like, but what kind of villains will await us there.

Although it seems that there will be a selection of different areas, everything indicates that the town will be unified. Visually, the snow creates a common thread between the different locations, but interestingly enough, Sato tells us that this was not part of the original development plan.

“We went to Europe to investigate during the spring, but due to an unusual cold snap the landscape was covered in snow”, dice. “This inspired us to implement snowy landscapes in our game. We use snow not only for visual presentation, but also as gameplay elements”.

Mother Miranda seems to be a character who plays a very important role in the townespecially for the people who live there. While her character remains a mystery, in the footage that has been released so far we can see the villagers chanting her name in some sort of ceremony, and Lady Dimitrescu can be seen talking to her on the phone.

READ:  Have A Look At Sophie Turner Flaunting Her Baby Bump While Strolling!!

According to Capcom, Mother Miranda is “a presence adored by the locals”. Today, we can reveal a portrait of Mother Miranda that may be used as a cult item within the game.

The portrait looks like a game object that apparently portrays Mother Miranda as a deity. Sato acknowledges that she was named “mother” in the religious meaning of the word, but when we tried to ask more about her, she kept a poker face.

“For Mother Miranda, I think it is better for players to find out for themselves by playing”says Sato.”But I’ll say this: Mother Miranda and her character’s interior are extremely important factors in the game.”.

Although the portrait makes it difficult to decipher the appearance of mother Miranda, the following concept art reveals a little more.

We can see the protagonist Ethan Winters holding a rifle, while Chris Redfield carries a baby. The masked character below them is none other than Mother Miranda. His fierce gaze is as menacing as you’d expect in a game like Village.

Art director Tomonori Takano tells us that crows were the main motive for Madre Miranda’s design.

“The mask looks like a crow’s beak”, dice Takano. “As a symbol of horror, the crows also function as a theme for the Village as a whole, and appear in the actual game. Since she has a symbolic role within the town, we implemented that same design theme for Mother Miranda. “

The baby Chris is carrying is Rosemary, Ethan’s daughter. In Village, Ethan’s main goal is to rescue her.

READ:  The Order Season 2 Release Date, Cast, all you know about

Ethan was also the protagonist of Resident Evil 7 Biohazard, but Sato hopes to show more of Ethan’s personal side by portraying his full story this time. Both Resident Evil 7 and Resident Evil Village are played from a first-person perspective, which means that players cannot see much of Ethan’s appearance. The above concept art is a rare example where Ethan is visible, albeit with his face turned away.

“Ethan is a faceless character, which makes him very difficult to designLaughs Takano. “If I make art of his character … he still has no face. That makes it quite difficult, but even in first person there are times when you can see her clothes. We have also challenged ourselves within the cutscenes. ”

Check out the actual clothing Takano used as a reference when creating Ethan’s design in the gallery below..

We will have more exclusive content from Resident Evil Village throughout the month of April as part of IGN First. Here you can take a look at the first piece in which we gave many more details about the design of Lady Dimitrescu and her daughters, their evolution and inspirations.