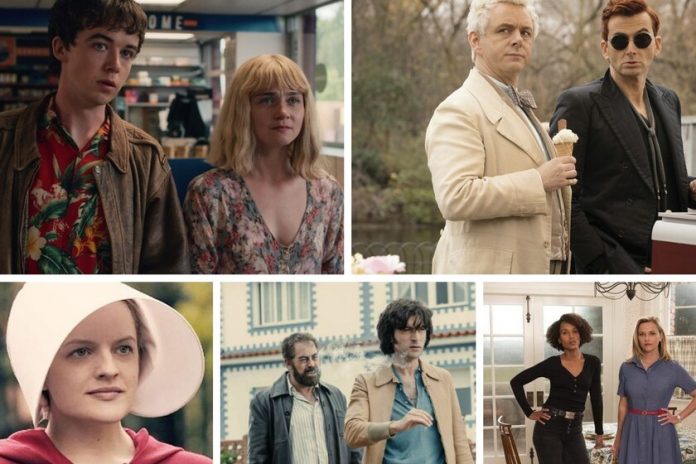 Who knows if due to a lack of ideas or because of the vein involved in adapting a best-selling novel to television, the fact is that more and more series are born from a book.

Miniseries on some occasions, complete sagas turned into seasons on others, and adaptations with more or less reliability, the fact is that when browsing the platforms, a considerable percentage of the fiction we see in their catalogs comes from literature.

If you are one of those who prefer to celebrate Book Day in front of the TV, here you go 13 essential proposals from recent series and miniseries based on novels and comics. Of course, do not be lazy, and take a look at the original first! 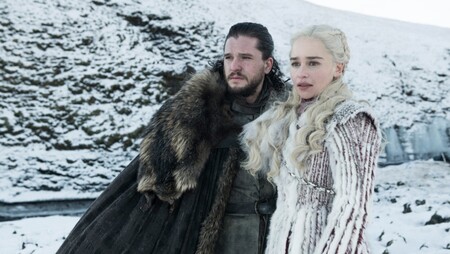 If there is anyone left on this planet who has not seen HBO’s adaptation of the George RR Martin saga, let him throw the first stone. When ‘Game of Thrones’ progressed until it reached the point where the author of the books was, its creators made the drastic decision to continue freely (although Martin intervened in the script) so, if you are one of those who deny from the end, you will always be able to make up for it when, a century of these, ‘Winter Winds’ hits the market. 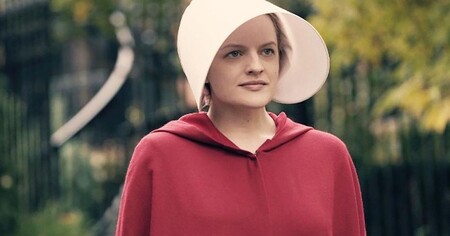 About to premiere, also in HBO, the fourth season, it is not a bad time to remember that the first installment of ‘The Handmaid’s Tale’ starring Elizabeth Moss was based on Margaret Atwood’s eponymous book. Since then, as has happened with ‘Game of Thrones’, Gilead’s dystopia has been prolonged at the discretion of the screenwriters. 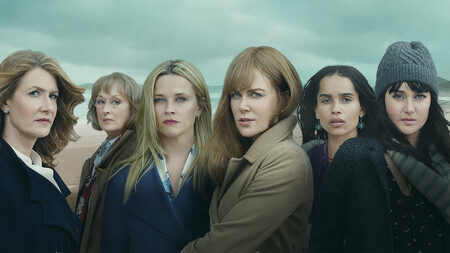 As with ‘The Handmaid’s Tale’, the book of Liane Moriarty that gives its name to this series also ends at the end of its first season. Reese Witherspoon’s production company then made a brilliant adaptation, which during its second installment was declining (and that had the very Meryl Streep as a great asset). At the end of 2020 there was talk that ‘Big Little Lies’ could even have a third season, but there does not seem to be anything confirmed yet. For now, you can watch the first two seasons on HBO. 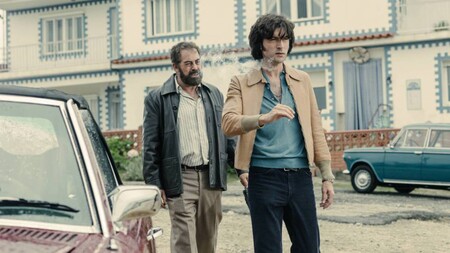 All the controversy surrounding the release of the book by Nacho Carretero (edited by KO Books), including judicial kidnapping, undoubtedly served to, over time, create a great hype around the series. With Javier Rey in the role of Sito Miñanco, ‘Fariña’ masterfully narrates the true story of the group of drug traffickers that controlled drugs in Galicia during the 80s and 90s. It consists of a single season, available in Netflix y AtresPlayer.

The man in the high castle 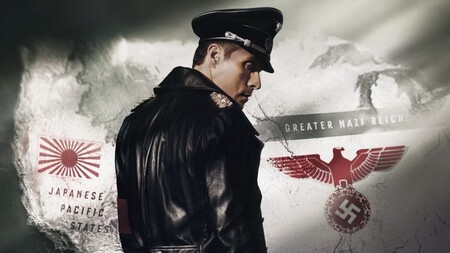 Both the novel by Philip K. Dick (written in 1962 but with approaches that are still very topical) such as the series of Amazon Prime Video they start from the same uchrony: What if the Nazis had won World War II? With this premise, it is impossible at least not to be curious about the story … although it is an adaptation with many freedoms, the truth is that ‘The man in the high castle’ has positioned itself as one of the bravest series of the Jeff Bezos platform.

Mozart in the Jungle 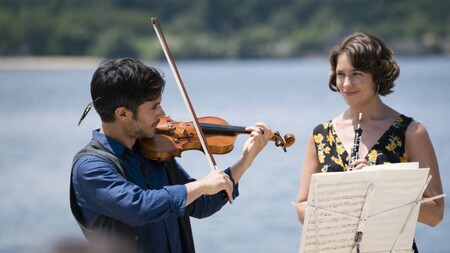 The series of Gael García Bernal and Lola Kirke, consisting of four seasons, is a hidden gem within Amazon Prime Video. It is based on the memoirs of the oboist Blair Tindall, entitled ‘Mozart in the Jungle: Sex, Drugs, and Classical Music’. In it we follow its charismatic protagonist during his entry and ascent in the New York Philharmonic Orchestra. Both the novel and its television adaptation (with a charming comedy point) are perfect for those who have the prejudice that classical music is boring. 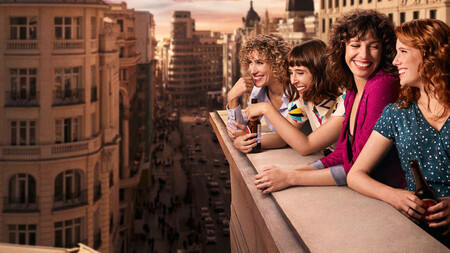 The saga written by Elizabeth Benavent became, since its launch, the success that elevated its author. Netflix He could not miss the opportunity to miss this phenomenon and decided to get the rights to the adaptation of the four books of ‘Valeria’.

Last summer the first season was released and, in September, the second one began to shoot (which, presumably, we will see this year). Although the critics were not very kind to Valeria or to the rest of her friends, the truth is that fans of Benavent’s books number in the thousands, so … at least, audience will not be lacking for the following seasons.

The most famous book of Neil Gaiman also has a television adaptation in Prime Video. The adventures of the ex-convict who is involved in a strange conflict between old and new gods has three seasons, the last one released last January. The series begins as an ambitious project that, after the first season, is declining. A coming and going of showrunners and actors have ended up taking its toll on this adaptation, which at the end of March announced its cancellation. Of course, to close it in the same way as the novel, everything indicates that instead of the fourth season, they will shoot a final in the form of a TV movie … 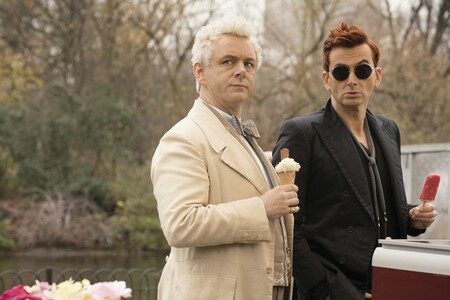 Again based on a novel by Neil Gaiman, this time written next to Terry Pratchett, but with much greater success than ‘American gods’, in ‘Good Omens’ it is impossible not to fall in love with the angel and the devil that star it. Interpreted by Michael Sheen and David Tennant, these two enemies condemned to understand each other will have to prevent, together, the coming of the Antichrist. To do this, they will be involved in a series of hilarious plots from which they will try to get out gracefully. Although the initial idea was to adapt the work as a film, in the end, this six-part series has nothing to spare or lack. Is available in Amazon Prime Video. 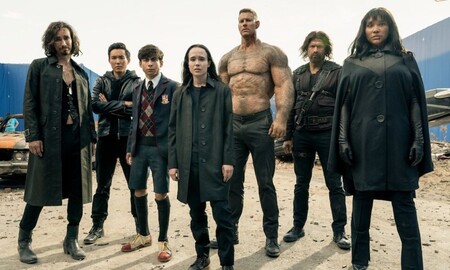 Comics written by Gerard Way They are made up of three installments but, curiously, the first season of the series already contains the first two. ‘The Umbrella Academy’ starts with the reunion of the peculiar Hargreeves brothers after the death of their father.

During the first chapters, these peculiar superheroes have to relearn how to live as a family, something that will be very useful for the second … since they have to face the apocalypse together. Time travel, superpowers, visions of the afterlife: the series is a torrent of action and it also works as a powerful comedy of family entanglements.

READ:  What Is A Group Of Turkeys Called? 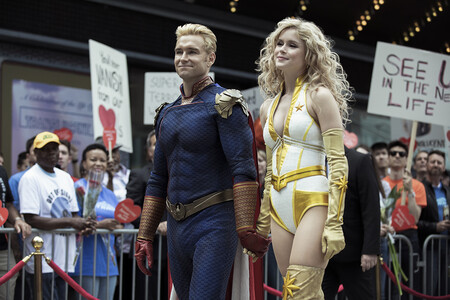 The series with the most dysfunctional superheroes of Amazon Prime Video It was also born from a comic, and its third season is already confirmed, so we have Butcher and Homelander for a while. Due to the originality of its premise (superheroes exist and are true celebrities and, therefore, they have lost their essence), ‘The Boys’ is one of the best-rated series in recent years. With the exact doses of violence, drama, comedy and action, the fiction is quite faithful, and even, superior to its printed version written by Garth Ennis. 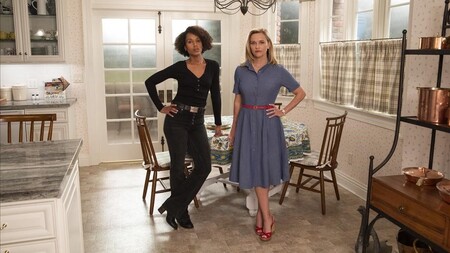 Hello Sunshine again, Reese Witherspoon’s producer, is launched to convert a book into series. In this case it is ‘Little fires everywhere’, the bestseller of Celeste Ng, and perhaps with the lesson learned after ‘Big little lies’, it is a miniseries of 8 chapters with a closed ending, without the possibility of continuation.

The series harshly portrays racism and class differences in the United States, telling the story of a single mother who moves with her daughter to what seems to be an idyllic town … but one that is full of secrets. A complex series but with great performances by Witherspoon herself and by Kerry Washington (‘Scandal’).

The end of th f***ing world 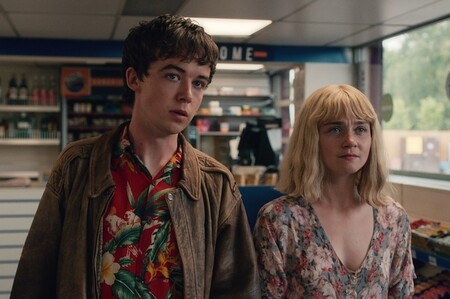 The comic book adaptation of Charles S. Forsman, whose original name does not have that censorship in the form of asterisks, is one of the best that we can see in Netflix. Although the differences with the graphic novel are notable (the original is much darker and more violent) the television version of ‘The end of th f *** ing world’ starring James and Alyssa is pure entertainment with no more pretensions than having a good time little while.