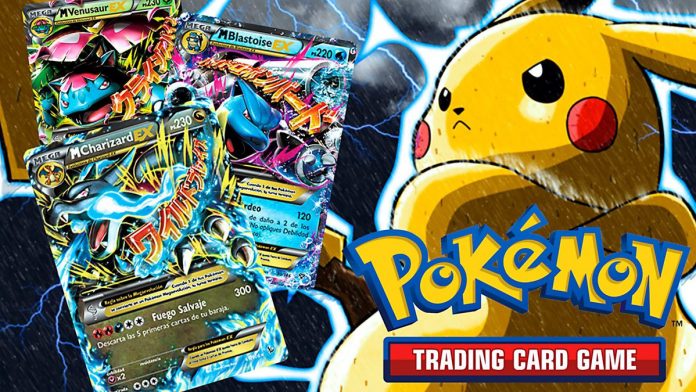 The Pokémon card game has always enjoyed high popularity like more or less everything that emerges from the Japanese franchise, for a reason it is the intellectual property that moves the most money in the world of entertainment. But it is that in recent months its popularity seems to be on the rise, with cards sold for astronomical amounts and a barrage of curiosities about their production and their use in combat. In this way, Twitter user Falamel was the last to contribute news, since as published in his own account, through a laborious process of tracking through the sewers of the internet, has ended up finding the source of the disturbing backgrounds of the first Pokémon cards. And it turns out that its origin is none other than that of a paid image file.

Last night I managed to find a bunch of source images used as backgrounds in Pokemon cards, here’s a few of them. pic.twitter.com/NMJ6VaSqOa

If we go back to the origins, the Pokémon Trading Card Game, arrived in Europe in 1999, about three years after its launch in the Japanese market, in which it did not take long to see the light after the overwhelming success of the Game Boy games in 1996. In that primeval collection, the backgrounds of many of his cards looked strange when combined with the illustrations of the iconic creatures. Normal, since in fact they were photographs and images edited for the most disparate purposes. That is to say, images belonging to a private pay file that Japanese television used to use regularly. Which means that some of the images could both appear in a commercial and star in the letter of an adorable Pikachu.

READ:  Why does Naruto Uzumaki use Shadow Clones a lot?

That is what emerges from the research carried out by Falamel, who has shared on his Twitter account a very illustrative video that not only compares the images, but also exemplifies the processing that has been carried out on each of them before including it in any of the letters of that mythical first edition. Here is the link to the image file, in case you have a letter that you want to compare. Although it is surely more advisable to investigate their assessment, but that already depends on each one.