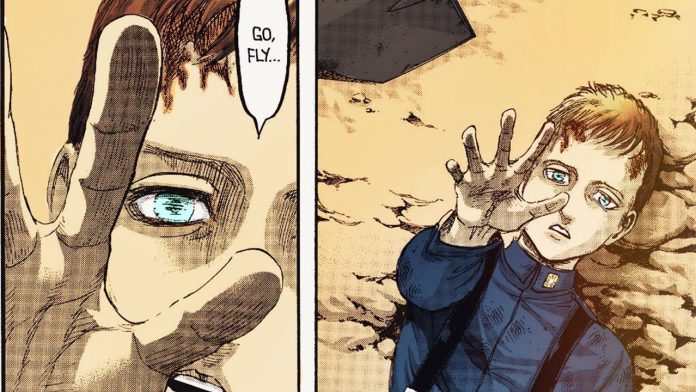 The Attack of the Giants, the manga by Hajime Isayama that accompanied us for over 11 and a half years, has ended. The ending was undoubtedly divisive, but it also presented many elements to analyze, between symbolism and cryptic events.

Among the most frequent symbols in The Attack of the Giants there is certainly that of the bird. The animal has often been taken up by Hajime Isayama and has appeared several times as a symbol of freedom.

The birds were believed to be the reincarnation of the most pious and respected people in society. The bird is a symbol of freedom and transcendence according to Celtic traditions, representatives of the liberation of humans due to their ability to be able to fly to the sky.

Furthermore, the birds featured in Attack of the Giants seem to redirect to a particular species. The parasitic jaeger, also known as stercorarius parasiticus or lip in Italian, seems to refer to the bird present in the last pages of The Attack of the Giants 139. Jaeger, which means hunter, is the surname of the protagonist Eren according to some transliterations.

READ:  who is Countess Valentina Allegra de Fontaine and what she can indicate for the future of Marvel

Did you know that the number 139 with which The Attack of the Giants ended has a very specific meaning?