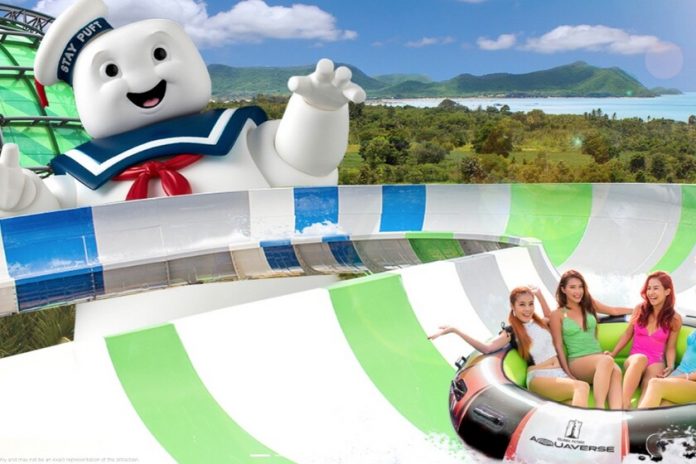 It is clear that franchise universes within the same company, from the commercial bombing of Marvel and Star Wars for Sony, are trending. Warner, of course, has tried to profit from its DC catalog, but it is not the only one: Paramount + ‘s Super Bowl ad or the same trailer for the recent’ Space Jam ‘sequel reveals how the big entertainment companies see to its properties. As possibilities of grouping disparate characters and plots to create universes with more or less meaning.

Some that spirit is transmitted to ‘Columbia Pictures’ Aquaverse’, the water park of Sony Pictures Entertainment and the Thai construction company Amazon Falls. The intention of the companies is for the Acuaverso to start operating next October, and the complex of more than 50,000 square meters will be installed in Bangsaray, 90 minutes from Bangkok.

Ghostbusters and Jumanji, spearhead of the Aquaverse

Some of Columbia’s most popular franchises, owned by Sony since 1989, They will meet in eight thematic areas, with both water and land attractions. Of course, everything will be spiced up with performances, themed restaurants, merchandising shops and the usual paraphernalia. The eight zones will be: