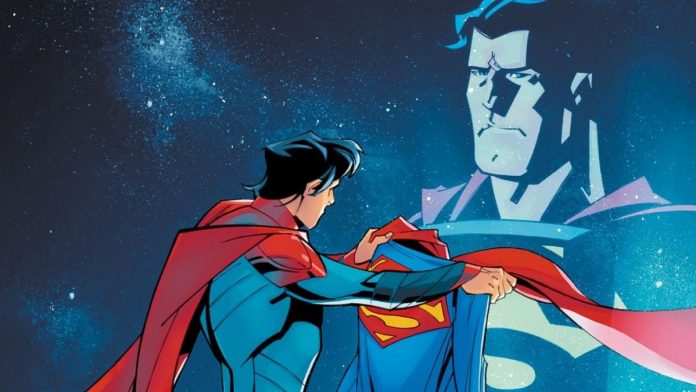 Clark Kent gives up his place as Superman to his son, officially. They have revealed it in The Hollywood Reporter: DC going to turn Jon Kent into the new Man of Steel in a new series called Superman: Son of Kal-El.

Son of Kal-El was written by Tom Taylor (Injustice: Gods Among Us) and drawn by John Timms (Harley Quinn). The new series will premiere in July 2021, taking the place of the current monthly installments of Superman.

DC readers already saw John in the new role during the recent “Future State” event, in which we jump forward in time to reveal what things will be like in the DC Universe ten years from now. Future State also showed us the Brazilian heroine Yara Flor as the new Wonder Woman and Tim, the son of Lucius Fox as the new Batman.

Son of Kal-El is not a continuation of the Future State storyline, but is set in the present day of DC and shows Jon carrying his new responsibility. But since We have already seen the future, it seems that DC plans to maintain this status quo.

It’s not about the original Superman ditching the cape, Clark will continue to star in Kennedy Johnson and Daniel Sampere’s action comic series and will appear in Brian Bendis and David Marquez’s Justice League. Action Comics will also focus on the events of Future State, following Clark’s adventure and seeing how he intervenes in the conflict between Atlantis and The War World.

Grant Morrison, escritor de All-Star Superman will also make its return to the franchise this July. Morrison will team up with artist Mikel Janin (Batman) in Batman and the Authority, a limited series of four comics in which we see Superman take the reins of this team of metahumans. It will include familiar faces like Apollo and Midnighter and recruits Manchester Black, Charming, and Natasha Irons.

Interestingly, although Superman appears much older on the cover of issue 1, the series occurs in the current continuity and will have an effect on the events of Son of Kal-El. The same is that simply DC is aging the look of the characters.