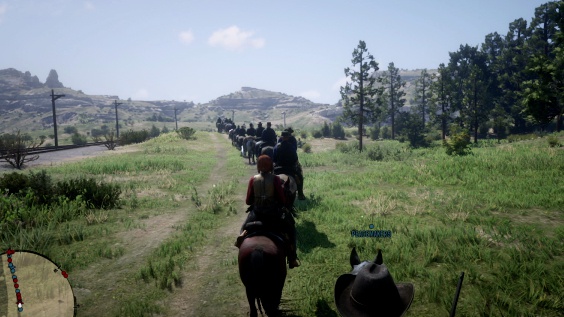 The bugs are something that we are always excited about in all games, in large part because of how much fun they are to watch. And sometimes it seems that they even make a nod to other sagas (video games or movies). And this is one of those cases: look at what involuntary tribute is marked Red Dead Redemption 2 Back to the Future:

We share the clip that a Reddit user has uploaded, in which you can see how the character is planted in Valentine. And when he goes to dismount, a horse-drawn carriage passes him at full speed: so much so that in fact it leaves a trail of fire as if it were the DeLorean. In fact, it keeps going until it disappears, GameRant tells us.

Speaking of funny glitches, yesterday we echoed a nice bug that made our character turn on his own waist in a prodigious way. Players of the online side of the game can be happy because they know that Rockstar has not abandoned them, and reactivated expectations about new content. Of course, at the moment it is very far from the brutal success of GTA Online, which is already on its own merits (and thanks to YouTube) one of the most played online titles of the season … if we separate shooters and Battle Royale.