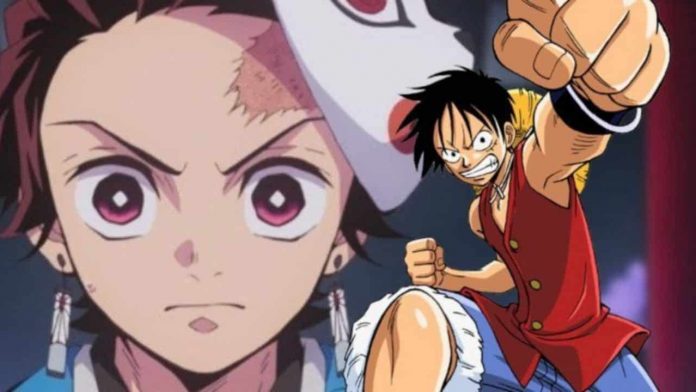 The undisputed domination of ONE PIECE ended in 2019, when the company Oricon, which for years has been dealing with drawing up the sales data of the various manga, light novel and book tankobons, announced that Demon Slayer had beaten Eiichiro Oda’s historic comic. The result was repeated in 2020 with the record victory of Demon Slayer.

The manga of Koyoharu Gotouge, despite having already published all the volumes of the franchise possible for several months, continues to remain on the crest of the wave. Fans continue to buy the series’ tankobons en masse and week after week it remains on the Oricon charts. While physical volumes are selling like hot cakes, so far not much was known about how strong Demon Slayer was in the digital arena.

Shueisha, however, has communicated the ranking of the best-selling works in digital. Here is the top 5:

READ:  'The Nevers' is pure Joss Whedon: a remarkable Victorian superhero series for HBO more focused on characters than story

Demon Slayer once again wins first place while Kingdom confirms the seinen of records. Only third place for ONE PIECE, approached by Jujutsu Kaisen exploded thanks to the anime of Studio MAPPA of the last few months. Finally The Promised Neverland, which has also ended for some time now, continues to grind copies even in digital.

The ranking could be different next year considering the growth of titles such as Monster No. 8 and Spy x Family, coming from Shonen Jump +, as well as the progressive decrease of series concluded as precisely The Promised Neverland.