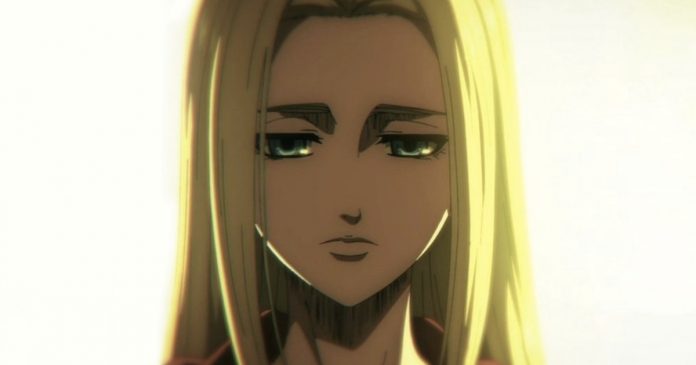 The creator of the series, Hajime Isayama, officially ended almost twelve years of Shingeki no Kyojin; a manga which was published in Bessatsu Shonen magazine with the Chapter 139. The above meant that the series answered some important questions that fans still had during the final arc.

At the same time, there have been all kinds of new predictions about what is to come in the future of this world. While fans won’t be able to see what’s coming next, some important seeds have been planted for those who will be participating in the japanese series.

The final chapter of the series revealed some important new developments for The story of Reiss after she had taken a backseat in action due to her pregnancy. One of these developments moves the series a few years into the future and fully introduces the little boy from Historia to Shingeki no Kyojin:

The final chapter of the series officially ends the final battle against Eren Jaeger, and with it the power of the Titans completely fades from the world. However, this does not stop the conflicts around the world, as it is soon revealed that three years after this final battle, the world is preparing for a new kind of war between the Jaegerists on the island of Paradis and the rest of the world. world.

History continues to lead the way in this new world as queen, and this look into the future reveals that successfully gave birth to a girl and she is even seen celebrating the little girl’s third birthday in the final chapter. No name is given for this daughter (and the father still appears to be “the farmer” as the panel implies at the end).

The real point is to confirm that the royal bloodline continues successfully in the series and the Paradis survivors like Armin, Jean, Connie along with Reiner and Annie, are now ambassadors for peace. Shingeki no Kyojin fans even regard them as the UN version of the real world.