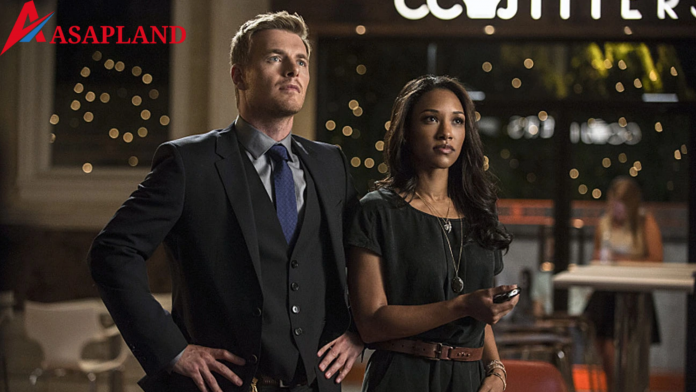 Rick Cosnett Is Returning For The Flash Season 8

Rick Cosnett, who starred in the first season of The CW’s The Flash, will return for the eighth season of the DC Comics superhero drama.

Cosnett, who played CCPD Detective Eddie Thawne in Season 1 and was killed off in the finale, will appear in at least three episodes in Season 8, according to Deadline. In a shot posted on his Instagram page in October, the Vampire Diaries actor hinted at his return.

The Flash is based on the Barry Allen incarnation of the DC Comics character the Flash, a costumed vigilante with the ability to travel at superhuman speeds, was created by Greg Berlanti, Andrew Kreisberg, and Geoff Johns.

Bringing back an original series regular from Year 1 this late in the game feels like a surprising twist, especially given the previous season’s cast turnover, which saw original stars Carlos Valdes (Cisco) and Tom Cavanagh (Wells) leave to make place for new Team Flash members like Brandon McKnight (Chester).

Regardless of how Eddie returns to the fold, it’ll be a welcome dose of OG Arrowerse as the series enters its near-decade era.

Eddie could possibly be hired for more episodes in the ninth season, according to Deadline, which was previously reported to be a done deal between the network and Barry Allen actor Grant Gustin for 15 episodes. If this is accurate, The Flash will become The CW’s longest-running Arrowverse show.

We still don’t know much about what to anticipate when The Flash returns in March. Still, fans spotted both Nora (Jessica Parker Kennedy) and Bart (Jordan Fisher) in a 2014 snapshot of the Central City Police Department during the last moments of “Armageddon, Part 5”.

Then, in March, a promo for the show’s comeback offered us our first peek at Eddie’s reappearance, implying that the siblings are on their way back to where their father’s speedster narrative begins, putting them in a position to meet Eddie.

If the West-Allen children run into Thawne, which could be a unique experience for them. Eddie was in a relationship with Iris West in the first season of The Flash, which appears to be the time frame the siblings have plunged into (Candice Patton).

Eddie, as the ancestor of the future-born Eobard Thawne (Matt Letscher), died in the Season 1 finale to wipe Eobard Thawne out of existence, which clearly didn’t work out as well as one might have hoped, as Eobard Thawne/Reverse-Flash remained a significant threat to Barry even after the “Armageddon” event.

According to Entertainment Weekly, the Flash was renewed for an eighth season in February 2021, alongside a slew of other CW shows. That means a new season of “The Flash” is on the way, and the CW has already teased an intriguing future plotline for the show’s first Season 8 episode.