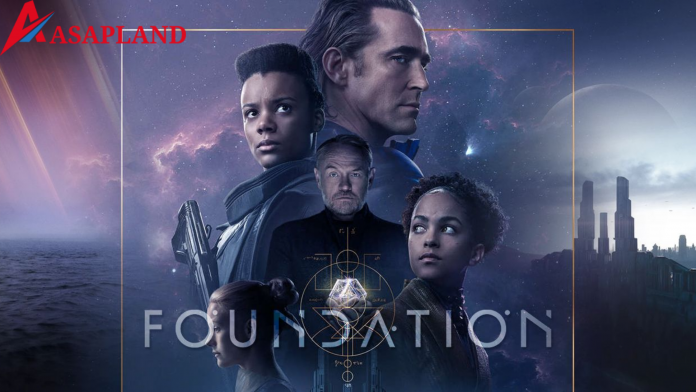 “Foundation,” the enormous Apple TV+ sci-fi series, has just added more cast members to its ranks. Season 2 of the series, which is based on Isaac Asimov’s renowned series of novels, has recently been released by the streamer.

According to a press release, the show’s sophomore season will feature ten new cast members.

Sister Constant, a charming and amiable cleric whose mission is to evangelize the Church of the Galactic Spirit across the Outer Reach, will be played by Isabella Laughland in the upcoming second season.

Kulvinder Ghir’s ‘Poly Verisof, a High Cleric of the Church of the Galactic Spirit whose cynicism and drinking problem conflict with his inherent intelligence, is another unique religious figure.

READ:  The best 13 recent series based on books and comics to celebrate Sant Jordi hooked on TV

The series follows four individuals who transcend space and time as they confront grave crises and transfer loyalties and is based on Isaac Asimov’s book series of the same name. Their complex interactions will eventually determine humanity’s fate.

Many of the characters from Season 1 can reemerge in Season 2 thanks to clones, computer simulations, and many individuals hanging out in cryo-sleep.

Plus, Foundation has proven time and time again that just because a character has died doesn’t mean we won’t see them again. At this point, we can expect anything to happen.

One cliffhanger is slightly terrifying, while the other is hopeful, much like the series’ complicated and paradoxical character.

However, both indicate that Foundation Season 2 will take place in a time period that is at least 138 years beyond what was established in Season 1.

Showrunner David S. Goyer stated to Collider in late 2021 that season 2 will most likely begin production in 2022 but declined to say how much of season 2 had been written so far. Fortunately, one of the members of the familiar cast has spilled some beans for us.

“We’ve already started production on season 2,” Leah Harvey, who plays Salvor Hardin, told TVLine. So, some areas of development have started to swing into gear.

We’re eager to learn what happens next on the planets of Terminus and Trantor, as Dr. Hari Seldon’s forecast of the galactic empire’s demise appears to be correct until now.

His psychohistory mathematics may be perplexing to us mere humans, yet his predictions for humanity’s future have proven frighteningly accurate.

But, after the ‘First Crisis’ of Foundation season 1, what could happen in season 2, and what new characters and plot twists could be in store? We will only be clear once the release date has been announced. So, what are your thoughts on Foundation season 2’s preview?