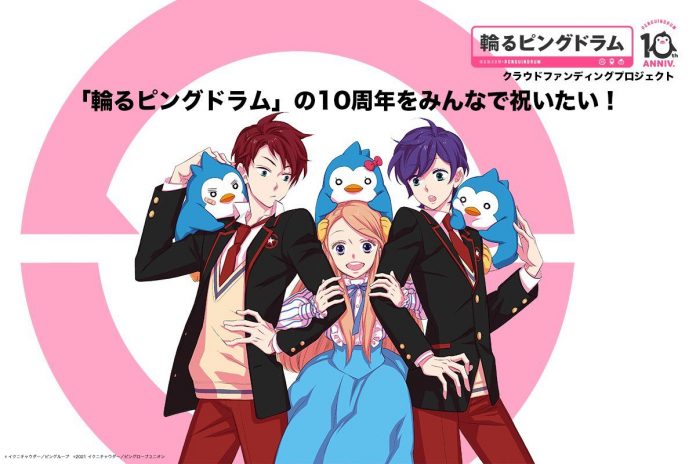 It’s been 10 years since director Kunihiko Ikuhara released on the small screen one of the greatest masterpieces of Japanese animation of the last twenty years, Mawaru Penguindrum. In addition to being a must for anime, the work has also been very popular in the West and even in Italy since the series was dubbed.

Just a few days ago the Mawaru Penguindrum blew the tenth candle and, to celebrate the anniversary, the staff announced the film Re: cycle of the Penguindrum. As far as we know, the feature film in question should be a sort of recap, that is a film that should retrace the entire story but with the addition of unreleased scenes, new music and content. For the making of the film, the staff also announced a fundraising campaign to help the production, which opened on April 8.

The team’s target was about 10,000,000 yen, just 77 thousand euros, but in 3 minutes the staff had already exceeded the set threshold. At the time of writing the crowfunding campaign was a resounding success since the production set aside something like 541% more, corresponding to approximately 420 thousand euros.

The reception, therefore, could also benefit the future of the franchise since the staff had promised other plans not yet revealed. So we just have to wait for further details on the matter, in the meantime tell us what you think with a comment below.