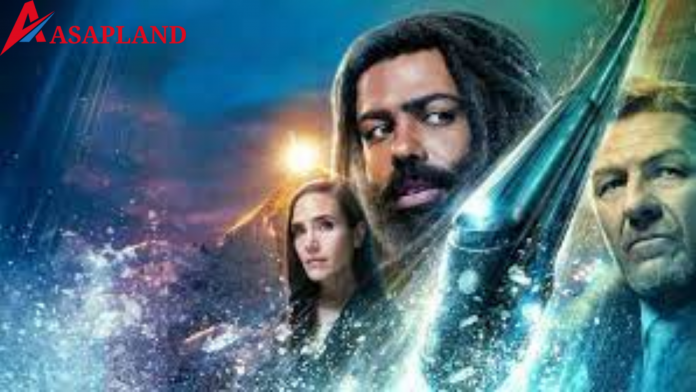 Andre Layton (Daveed Diggs) isn’t taking any chances in his attempt to reclaim control from Wilford (Sean Bean), and Snowpiercer isn’t slowing down either.

There’s a fear that another face-off between the two guys will become monotonous, but for the time being, the spectator and the revolution triumph.

In the second episode of TNT’s post-apocalyptic series ‘Snowpiercer’ season 3, Layton and the other pirate train crew members attempt to link with the Snowpiercer. Wilford succeeds in scaring them away, bringing their attempts to a halt.

Wilford’s preparations to elude the pirate train, on the other hand, collapse when Layton’s buddies assist him. We’ve gone through the ending of the third season’s third episode in length because it finishes with crucial changes about the fate of humanity’s remnants.

Wilford becomes more unstable and willing to take more idiotic risks when he is weaker and forced to act more stealthily. And it’s that aspect of him that Layton should be most afraid of right now. Wilford, backed into a corner, will do anything he can to reclaim control.

Layton may not have been “born for battle,” but when his child’s life is on the line, he devises a brilliant plan that includes distraction, surprise, and a great deal of planning. Wilford basically narrates Layton’s voiceover.

The twist is quite epic. Writers should definitely grade an A+. Wilford makes the mistake of projecting his own cognitive processes onto Layton’s. Wilford basically narrates Layton’s voiceover for Wilford’s expected actions.

Many additional elements are at play, including how effective the resistance is despite the odds. Ruth (Alison Wright) may be incarcerated, yet she continues to lead from her confined position.

Former Firsties like Stu Wiggins (Kristian Bruun) are vulnerable to threats, and Wilford believes the loyalty he has won is as powerful as a chocolate fireguard.

Pike (Steven Ogg) wants to free Ruth, but the former head of hospitality, like usual, takes the pragmatic approach to assist the mission’s success.

Miss Audrey and Bess are attempting to create a scene. Until then, it feels like there’s a contractual obligation not to acknowledge Jinju’s existence. And, lest you think a scene between only two women may pass the Bechdel Test, all they seem to discuss is Bess’ yearning for a guy.

They don’t directly specify a guy. Still, the only thing the writers felt these two ladies would have to discuss is Bess’ yearning for love, which is a shame, especially given the teleplay is credited to Tina de la Torre, who we assume is a woman.

“The First Blow” is a short and thrilling hour of television that effectively answers the finale cliffhanger while also serving as a bridge to the next chapter of Snowpiercer.

The lack of time given to the personal tales is where the episode suffers the most. So, what are your thoughts on episode 3?