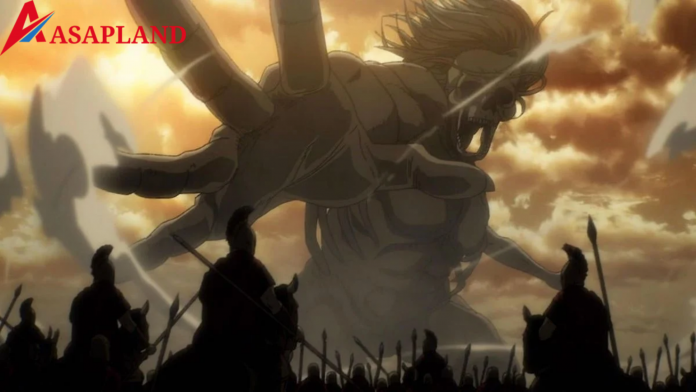 We’ve been processing and looking for answers to concerns concerning the Eldians’ history, the Founder, and Zeke versus Eren’s true powers throughout the last few episodes.

While many mysteries remain unanswered, Episode 81 focused on the reality of Eren’s friends and adversaries battling to survive in a world of terror that was engulfing them all over.

Dot is one of the warriors transformed by Zeke’s scream into a massive army of Pure Titans. Moments after Eren directs the wall Titans far away from Paradise Island, Zeke’s dormant soldiers go on the rampage.

The Eldians of Marley are, without a doubt, the most tragic. Since King Fritz’s departure beyond the walls, they’ve been persecuted for their entire lives. Marley was under the jurisdiction of the Tyburs, who were also Eldians.

However, it appears that the family believed in Fritz’s wish to see the Eldians oppressed and did their job in permitting the Eldians to be persecuted while remaining safe in their wealth and privacy.

Throughout “Thaw,” several characters have gratifying epiphanies. Still, Gabi’s journey and the place she settles at the end of the episode’s finale are some of the most hurtful and dramatic storytelling in Attack on Titan’s history.

Gabi has had only 22 episodes in the show. but even though those episodes were among the most chaotic in the series’ history, the amount of inspirational growth she has experienced is incredible.

Gabi’s development is inextricably linked to that of Sasha and Kaya, three individuals who start from different origins yet end up sounding eerily similar.

When Connie, Jean, Mikasa, and Armin stand on the rooftop as the rumbling begins, they watch the drama develop and discuss Eren’s strategy.

They begin to consider the possibilities of rescuing some of their friends while Falco is unconscious in prison. Connie quickly objects to Jean’s suggestion to feed him to Commander Pixis.

He claims that only her mother should be permitted to engulf Falco, which helps her to get an ordinary life after years of suffering as an aberrant Titan.

Armin takes a different tack on the situation, stating that they can’t afford to murder Falco and start a war with Reiner and the Cart Titan.

His argument is logical, given that the entire world is collapsing straight in front of their vision. So, he ignores all the protests and escapes with Falco under his watch.

Character catalysts emerge from even the action moments in “Thaw.” The battle between the Survey Corps and the Titans is visually stunning, but it’s even more so to see Jean direct the crowd towards victory as he grows into his leadership role.

Marco would be genuinely pleased with himself. This is one of the season’s best-animated progressions, but “Thaw” also adds to the nostalgic feelings surrounding the Survey Corps’ win when “Barricades,” a track that hasn’t been heard since season 2, supports their invasion.