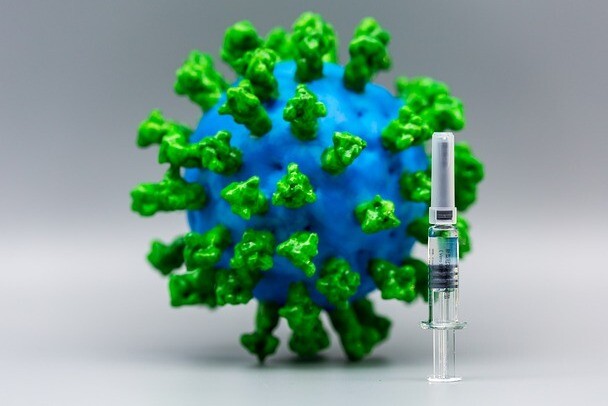 Chile was the first country in South America that began to vaccinate its population, even ahead of countries like Spain, and has already achieved the extraordinary percentage of 45% of vaccinated with one dose (and 22% with two doses).

However, even with such high vaccination rates, we are not safe from spikes, even alarming peaks, as the figures in Chile show us. The lesson that these figures offer us could not be more eloquent: the measures taken should not relax excessively despite the fact that half the population is already vaccinated.

Not everything is vaccines: the social factor

In Chile, 7 of the 19 million inhabitants already have half the vaccination schedule, according to the latest data confirmed by the Minister of Health. However, with more than 8,000 infections on a daily basis in the last days and a record of occupancy in ICUs, the country is on the crest of a new wave that already exceeds the peak of the first.

READ:  Apple confirms its first event of 2021 for April 20, possible renewal of the iPad in sight

These data, without a doubt, are diametrically opposed to countries like Israel, where also half of the population has already been vaccinated but the cases have fallen drastically. 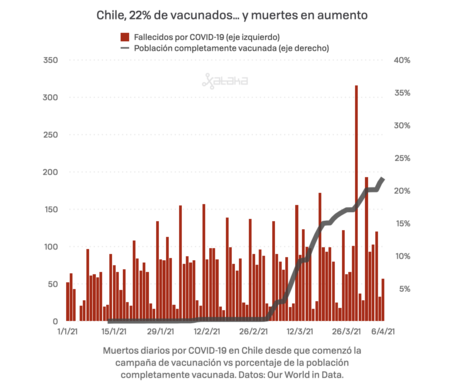 Chile is, after Israel and the United Arab Emirates, the country that has administered the most doses per 100 inhabitants. What seems to have failed in Chile, then, is not the rate of vaccination, which is spectacular, but the social measures adopted accordingly: In March, activities began with practically no restrictions, vacation permits were issued, and population mobility increased considerably. The first wave was never completely lowered and, as a result of this increased mobility, the cases multiplied.

An ineffective vaccination strategy also appears to have played a role. On the one hand, vaccination is being very fast indeed, but it has started very late: the effects of immunization are yet to come. Chile started vaccinating with a small batch of Pfizer-BioNTtech in December, but the massive campaign has started with CoronaVac, from the Sinovac laboratory. Chile authorized the emergency use of CoronaVac on January 20 and it began to be used on February 3.

READ:  Windows 10 update will bring back one of Windows 7’s best features

This new vaccine is effective, but not as effective as expected: about 54%. So much so that, according to reports from the Millennium Institute of Immunology and Immunotherapy (IMII) and the Catholic University of Chile, the possibility arises that the Sinovac vaccination process should be with more than two doses, like the current one, at in order to further increase its effectiveness.

On the other hand, although the main risk groups achieved some immunity, the population that is transmitting the disease the most, which is between 30 and 60 years old, has not been immunized. As a consequence, there are more hospitalized patients between the ages of 40 and 49 than those over 70. The fatality among the youngest has also grown.

Nor has effective use been made of antigen test as part of its strategy to control the pandemic, a method that is being discovered to be very relevant when it comes to detecting people with the highest viral load (where the test is almost 100% reliable), who are precisely people that most contribute to the transmission of the virus.

Despite the fact that in Spain the sale of these tests to individuals is not authorized, not even under medical prescription, are freely marketed in pharmacies and parapharmacies in Germany, the United States and Portugal. In the United Kingdom, even, each person can receive two free tests a week to take the test at their discretion.

In short, confinements, social distancing, testing … all these measures are powerful allies that must continue to be used during vaccination, even in situations in which half are already vaccinated. If the strategy is based only on vaccination, as we have observed, the pandemic will continue to spread out of control.