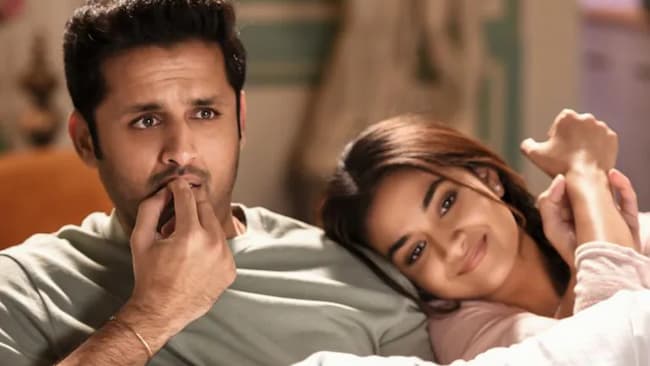 RangDe OTT Release Date May 10th: Everything you need to know

RangDe movie by Venky Alturi was released in theatres on 26th March 2021. Since then the movie was so good and itself a super hit that audience literally gave a positive response to this movie.

Actress Keerthy Suresh received a lot of love and support from her fans also praised her acting in this movie as well because she was too good for this role and everybody liked her a lot.

This is a simple movie with a simple story and that’s why fans loved her and adored this picture.

This is the story of a couple who at first are hating each other so much AND they try to bring each other down by attacking and jumping over their counterparts. And after some time, the hatred is converted into each other’s emotions.

In this story, the only message is love is stronger than any other thing even the hatred thing, love is the thing where people know how to respect each other, how to care for each other, and how to be there in their worst times as well.

And this is the success of this movie so they’ve officially decided to stream this super great movie online so fans could watch this movie anytime they want and anywhere too.

Due to this pandemic, a lot of people could not watch this movie so they have decided to stream this online so people can watch this amazing love story at their houses.

As per our sources, the film has a release date scheduled for after May 10th on @ZEE5Premium

So yes public! This movie which is a super hit Telugu film is ready to launch on Zee 5 on 10th May.

READ:  Tell Me Your Secrets Season 2 Release Date, Cast, Plot - All We Know So Far

So now people can watch this entire movie at their home with their friends and family. Also if you don’t have a subscription to this application, you can now buy a suitable one and go watch this show on Zee 5.

Also, the OTT platform offered 8 crores of digital rights and in addition, Satellite rights were sold at a price of 40 crores.

This film was popular because of the story and the plotting done by the producers and directors, but most importantly the characters- they were amazing playing the role in this entire movie.

Nithiin, Keerthy Suresh, Suhas, and Abhinav Gomatam are some of the cast members who were so good and so talented.