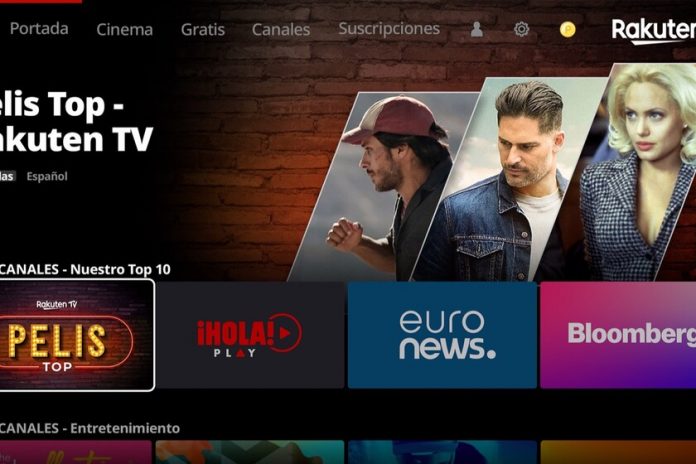 The digital television business was shaken a few months ago with the arrival of Pluto TV, which raised a television model that VOD seemed to have overwhelmed, and that remained only for the traditional majority channels. However, the offer seemed to permeate our televisions: Orange announced a linear channel offering, and Netflix is ​​rumored to be experimenting with the formula.

Now they are joined by Rakuten TV, one of the main movie rental platforms, which a few years ago inaugurated a section of free viewing with advertising (AVOD), and which is now being launched in 42 European markets with an extension of this offer in linear television shape. In this case, they will be 90 linear channels 24 hours a day, that is, you cannot choose what you see, but only consume what is broadcast at that time, as in the television of a lifetime. The project will be launched progressively on the web in different territories, and in the Rakuten app for Samsung televisions it is now available.

READ:  Series Creator Of "The Society" Speaks On About The Most Upsetting Cancellation Of The Show By Netflix

Entertainment and news for all tastes

This new linear television from Rakuten TV will offer all kinds of content: movies, entertainment, lifestyle, music, sports, news, and children are some of his proposals. Deals have been reached such as Bloomberg, Euronews (which will broadcast live), Qwest TV, Reuters, Stingray, The Hollywood Reporter and some brands of the Condé Nast publishing house, such as Glamor, GQ, Vanity Fair, Vogue and Wired.

In Spain they will be Hello! Play and Planeta Junior the two recognizable brands that will provide programs to Rakuten TV, each focusing on pink information and children’s content. As for the film channels, they will be supplied from the platform’s own catalog and will be divided by themes, with sections such as Action, Comedy, Drama, Spanish Cinema, Family, Documentaries, Thrillers or Romance, among others.