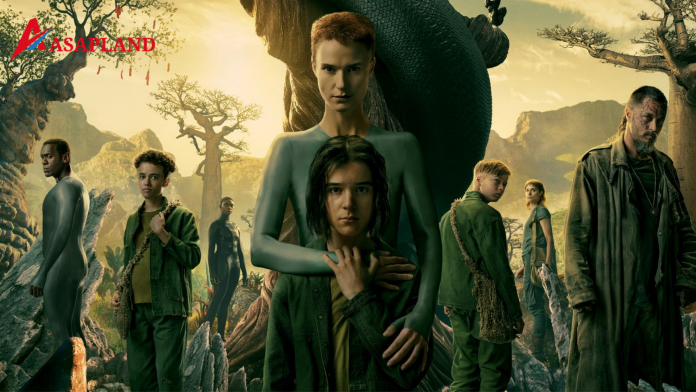 By far, Raised by Wolves is one of the most dramatic sci-fi shows that have been aired on HBO Max. Back in 2020, when the show had first released in September, fans were quick to compare the show with Battlestar Galactica.

Even if there are too many differences in the storylines and themes, the Sci-Fi action was one of the best coming from HBO.

Raised By Wolves season 1 was interestingly satisfactory. The plot revolving around the characters wasn’t stretched and quickly brought out the story. In simple words, the show was simple and straightforward.

In the upcoming season 2, the show will be more intense and comprehensive as the story will follow the discovery of a new part of the alien world, Kepler-22b.

The upcoming three episodes, which will air on 3rd February 2022, have already been seen by critics, and there are opinions. The new season is all about controlling computers, acid sea threatening lives, and Mother’s beastly baby.

READ:  Raised By Wolves Season 2: What Is Happening?

Aaron Guzikowski, the writer of Raised By Wolves, has thrived on keeping up the hype of original sci-fi elements in the modern world. The story revolves around a futuristic space where the Earth has been destroyed by the members of Mithraic Church and atheists.

In the first season, we follow Mother, played by Amanda Collin, and Father, played by Abubakar Salim. At the same time, they have arrived on Kepler-22b to their programmer, Campion Sturges, played by Cosmo Jarvis, who’s also an atheist.

Mother reproduced six human embryos intended to grow without any hatred or superstitions. However, only the youngest of them survive, and the members of Mithraic Church have already stepped into the territory.

Season 1 concludes with Father getting rebirth, Mother falling for the computer simulation that got her pregnant, and the Mithraic members falling apart due to the superstitions they have believed for ages.

READ:  Marvel Comics: John Romita Jr. returns "home", what will he do?

We also had had Mother’s snake beast baby taking up the scenes. Season 2 is about to bring many new spheres for our characters. Season 2 premiers with a time-lapse of six months after the first season’s events.

Mother and Father are introduced to additional atheists in the Tropical Zone. They are also acquainted with new a supercomputer, the Trust, guiding the Atheist community. The couple also meets the children they left behind.

It is smooth sailing at first, with proper food, justice, and zero existence of God. Nonetheless, the ideological situation doesn’t last when two specters from season 1 dodge the community. Marcus and the beastly baby are those specters.

Freedom will be the central theme of Raised By Wolves Season 2. The Atheists are planning to let the Mithraic take their own lives for the sake of freedom.

Decima (Kim Engelbrecht), a brilliant scientist beset by guilt and sadness, and Vrill (Morgan Santo), an android created to imitate her daughter perfectly, both died on Earth.

Meanwhile, among the Atheists, unrest is growing, with some taking offense to the fact that they must not only answer to the Trust but also welcome two strange androids and their flock of Mithraic youngsters.