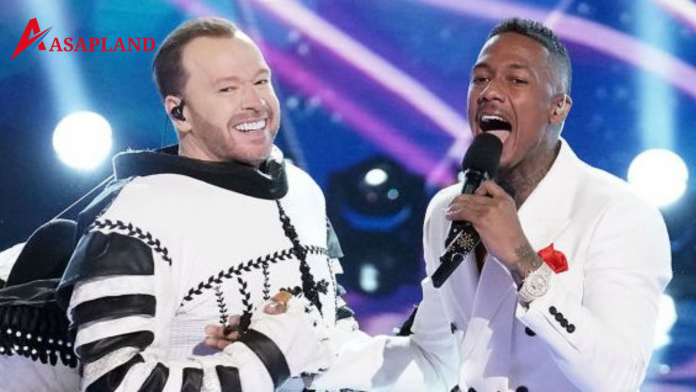 Ever since The Masked Singer Season 6 ended with a thrilling finale, fans have been waiting for season seven to premiere.

Not until recently did Fox officially announce the premiere date of season 7. On Wednesday, The Masked Singer Season 7 stage was announced to premiere on 9th March 2022.

Season 7 of The Masked Singer has been confirmed, with a premiere date set by FOX. The network has aired two seasons a year since the show debuted on January 2, 2019, with the most recent season that concluded on December 15, 2021.

The show has developed a devoted fan base that tunes in every week to see which celebrity performer is hidden underneath one of the elaborate costumes.

Dionne Warwick, Lil Wayne, and Donny Osmond have all competed on the show previously. The Masked Singer Season 7 cast will be announced soon, and fans will be eager to see who will take the stage.

READ:  Who is King? How Powerful The Force is? "Star Wars: The Rise of Skywalker" Will Answer These Questions

In late January 2022, filming began. Season 7 of “The Masked Singer” will launch a few weeks later, allowing time to edit the performances and put together those enticing clue packages.

The 2022 Winter Olympics will be broadcast on NBC for 16 days, from February 4 to 20. The other networks, including FOX, do not air debuts on the same day as this popular competition.

So, on 9th March, “The Masked Singer” season 7 will premiere in its regular Wednesday time slot.

A new group of celebrity contestants will appear on the show, dressed in extravagant costumes that hide their identities.

There’s also a chance we will see artists making a cameo on the show. Who will we see this time? Also, are we ready for all the excitement?

Nick Cannon, Nicole Scherzinger, Ken Jeong, Robin Thicke, and Jenny McCarthy will all return for the new season, according to Variety.

This time the show is to bring new faces. Undoubtedly, we will never be dissatisfied by the celebrity contestants. Let’s find out who creates the best look for season 7.

The launch of the new competition series “Domino Masters” will immediately follow the “Masked Singer.”

The show will follow sixteen teams of domino fans as they battle for a cash reward and the title of country’s most gifted domino topples, hosted by actor Eric Stonestreet. Danica McKellar, an actress, and novelist is on the judging panel.

Vernon Davis, an NFL pro-bowler and Super Bowl champion, and Steve Price, a professional chain reaction and domino artist. The new series will air from 9 p.m. ET onwards, with the first episode. Executive producers for the film include Gail Berman, Danny Schrader, and Hend Baghdad.

The Masked Singer season 7 will air on Fox every Wednesday at 8 p.m. ET. Fans will have to follow the usual time slot for the show. So, do not skip any episodes. For more news, stick around with us.