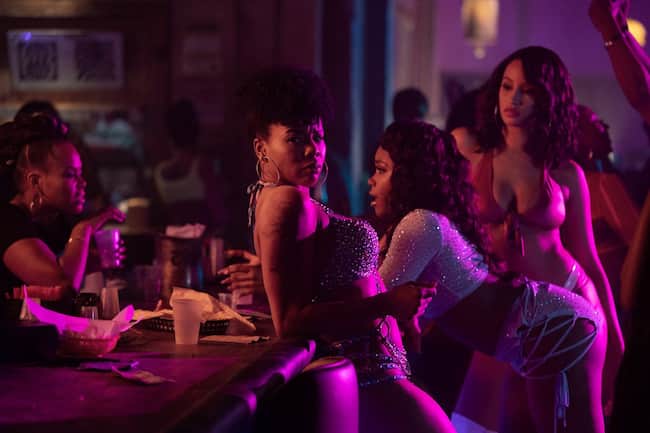 Just after the first episode, P-Valley had one of the biggest premieres in the Starz app. Fans have shown immense adoration for the show, keeping in mind that the story is far from what we see in the first glimpse (trailer).

Henceforth, not even three episodes in, the show had an immediate renewal. It was pretty evident that the P-Valley Season 2 should have been here if not for the Pandemic.

Although we don’t have a fixed date for release, we can guarantee it is going to be worth the wait. In this article, we will cover all that there is to know about the series that was shown so much appreciation by the audience.

As one of the most-watched series on Starz, P-Valley is an American Drama Sitcom that aired on 12th July 2020. The entire story revolves around Katori Hall as the main director.

The show gets more relevant because it is something that Katori plays out of some real-life incidents. Other than that, in the middle of all, there is the infamous strip club. This story takes place in the most crucial town in Chuklisa, the small Mississippi Delta.

After the great success of the first season, there was an approval for the next season, just after three episodes aired.

There has been a lot of confusion among the folks about the renewal. It is mainly the excitement of the renewal and, of course, the date of the premiere of the 2nd season.

However, the 2nd season of the sitcom is said to premiere in 2022. The possible dates for release could be either 11th May or 11th July. Hopefully, the date will be announced soon or, maybe we can assume that the premiere will take place only if the pandemic cuts us some slack.

It all happens in the infamous strip club of the Mississippi Delta, The Pynk. The club is owned by Uncle Clifford, a humorous man who likes to push the dancers to do their best.

When the strip club is on the verge of getting auctioned, the veteran, Mercedes, who was about to leave the club for creating a teens dance team, has to stay back to extract the money.

Autumn, who has to go through the loss of her only daughter, also ends up with a gig in the club and hence, has to make serious money to pay-out the auction price.

As the show progresses, Autumn is able to purchase The Pynk and lands a deal with Uncle Clifford. However, they are tracked down by Montavious, the abusive ex-boyfriend from whom Autumn extracts the money.

In the finale, Montavious shoots Autumn. However, whether the shot was really for Autumn or not, is still a mystery.

Even if nothing is confirmed, we can assume that The Pynk will definitely be imposed threats. To ultimately be out of the clutches of Mayor Ruffin, it is going to take more than just the business deal between Autumn and Uncle Clifford. And what about Montavious? Is he even alive?

Mercedes, who was so close to building the foundation of her dream dance team, will she be able to flourish her dreams?

We have an assumption that there will be a familiar cast for the renewal. So, let’s take a look at the previous cast.

As per sources, the next is supposed to have ten episodes. The previous season had ended with 8 of them.

The first season of P-Valley was aired on two streaming platforms, Hulu and Starz. Hence, the second season is likely to air on the respective platforms.

No, the time of the premier is yet to be known. However, we could also expect the previous timing of season 1.

Unfortunately, the previous season was not available on Netflix. Similarly, there is probably no chance for the next season to stream on Netflix.

Even if director Katori Hall has been familiar with such surroundings in the show, the story is absolutely fictional.

P-Valley has been one of the biggest hits in Starz, and it is only evident for fans to want more of the story. Moreover, the show had ended in a way that depicted a continuation. Will we be able to come across the truth that remained concealed in the finale of the first season?

Well, maybe we have to wait until the official announcement related to P-Valley Season 2 Release Date . For further updates, we need to keep an eye on Starz and, of course, the official page for the show.