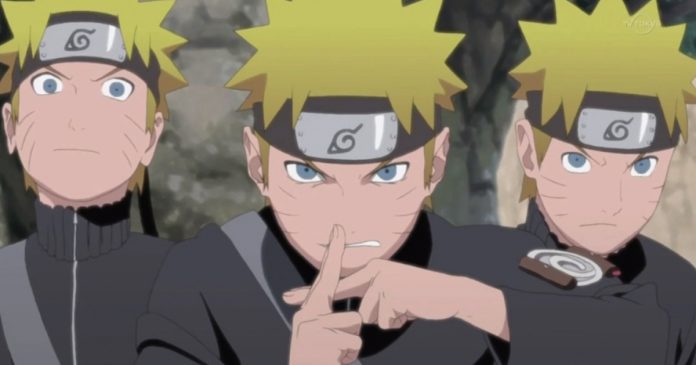 The Shadow Clone Jutsu (Shadow Clones Jutsu), is the main technique of Naruto Uzumaki, the protagonist of the anime and manga shonen created by Masashi Kishimoto. The name is a literal translation of the Japanese title of the technique, “Kage Bunshin no Jutsu”, and serves to describe the technique itself.

Using his chakra, a shinobi can summon one or more copies of himself made from a solid shadow. Far from mere illusions, such as the jutsus of low-level clones, the Shadow Clones they are completely bodily.

Clones of Naruto can engage in close combat, use any number of jutsu, and even have a degree of intelligence similar to that of their summoner. However, they are also very fragile, as a single strong blow from most opponents can instantly scatter the clone.

At what age did Naruto learn Shadow Clones?

The technique, although many are capable of using it, is actually quite advanced. In Naruto’s hometown, the Hidden Leaf is even considered forbidden. However, in the first episode of the series, the protagonist steals the scroll and teaches himself the jutsu with just 12 years old.

Iruka, Naruto’s teacher, was shocked when his student managed to summon dozens of Shadow Clones at once after just one night of practice. The blonde’s ability to summon and control a large number of clones at once is testament to his skill and also makes him incredibly versatile in battle.

However, the most useful part of this technique is not just numbers and strategy. They are an important key to allow Naruto progress so fast as the series unfolds, for a simple reason:

“Naruto’s Shadow Clones allow him to train faster and harder”

Naruto is not the smartest ninja in Konoha. But what he lacks in intelligence he makes up for in determination and a seemingly limitless reserve of chakra. This allows you to take advantage of the most useful property of the Shadow Clone Jutsu: any information, skills or chakra that the clone accumulates returns to the summoner when it disperses.

Using this method, Naruto managed to learn Wind Release techniques in a matter of weeks, instead of the usual months or years (via Narutopedia). Later, when Naruto is learning to absorb and use the sage chakra from the environment on Mount Myoboku, he uses his clones to achieve a perfect Sage Mode transformation.

He also learns that he can keep a small number of clones on the mountain to serve as constant chakra batteries. They can focus on absorbing the sage chakra while he’s elsewhere, and he can get that sage chakra by scattering his clones.

Using this technique, Naruto, otherwise dumb and unskilled (but incredibly powerful) managed to surpass most of his rivals in just a few short years. By the end of the shonen series, the blonde has become one of the most powerful ninjas in the world, and it is due in large part to his use of Shadow Clones as a strategic and educational asset.