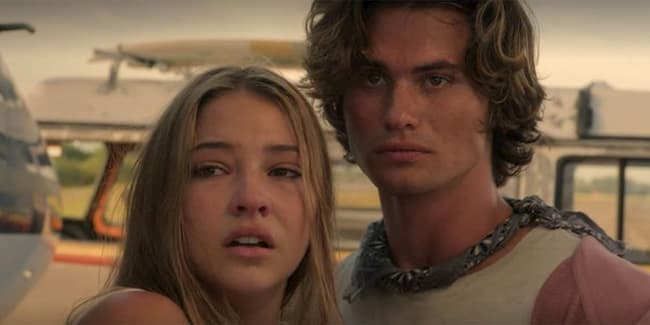 As one of the most popular and greatest debut series, “Outer Banks” has a huge number of fans residing all over the world. Most people are adding this amazing television series to their watchlist. The announcement for the second season to be up and running did happen back in July 2020. While it seems like the restarting of the production of the second season will be at the end of August 2020. Fans can hope for the second installment of this amazing mystery drama television series to come soon on Netflix.

“Outer Banks” is an American action-adventure mystery drama television series that most people love to watch. It is among the most popular television series to watch on the streaming giant Netflix. This action crime drama features some talented star cast including Chase Stokes, Madelyn Cline, and Madison Bailey. The series first did premiere on 15 April 2020 and since then goes the hyke for the popularity and viewership. There are a total of 10 episodes that are released so far. Now, the series creators are focusing on the second part of this exciting series. Let us know about the updates.

READ:  Avatar 2 To Include Underwater Filming

Did Netflix Renew “Outer Banks” For The Second Season?

Just only after four months of its initial release, Netflix did announce the official renewal of the second season. “Outer Banks” did officially get the renewal on 24 July 2020 following which all the cast members did a post on Instagram withholding 2 fingers up. Then after there was a video that did release shortly after the announcement. The video describes all the cast members showing their excitement for the second installment of the series.

When Will The Second Season Of “Outer Banks” Release?

READ:  'Ted Lasso' launches the trailer for its season 2: Apple TV + sets a premiere date to the return of the best current television comedy

There is no news for the release dates of the upcoming part of “Outer Banks”. But we can assure you that fans and viewers can be able to enjoy the second season around the mid to late 2021 or around early 2022.