Reward yourself for waiting for so long for this new launch of Oneplus 7T. This mobile is going to be one of the most amazing as well as the latest leaks, triple camera, and display. Why people have waited for this so long?

This has a reason as that OnePlus has RAM support which will be in the form of 8GB with storage options of 128 GB and 256 GB (similarly as oneplus 7 had). The size of the screen will be 6.55 inches from 6.41 inches.

On the other hand, it has 90Hz to offer users. Now some additional has done with marvelous quality such as from dual camera to triple camera. It is not just about offering triple-camera like oneplus has earned good name and fame it is capable of maintaining its name and fame. This has been proved through its triple camera.

The oneplus 7t has a secondary 5-megapixel sensor. Now the battery of the Oneplus 7T is solid it has 4080mAh battery from 3700mAh battery (that will help you to take this phone without charger). The colors are so very enraptured it is Frosted silver and Haze Blue (which will add to one’s personality).

The hardware of oneplus 7T is updated and it has 5G enabled for a pro with QUALCOMM snapdragon 855 plus. The oneplus 7T price is of course not the little but it is worth spending such a huge amount. It is around $670/ £649.

There everything about its device to fall in love. Those who might be waiting for the oneplus 7t since so long now such beautiful features will reward their waiting. The price is affordable for such awesome features and the color is really so very fascinating. So everything about is so pretty cool.

There is a rumour about its oneplus 7T releasing date and it is going to the end of September or the first week of the October month. It means people will have to wait for one more month but that is they think completely worth waiting. Oneplus 7T has all the qualities which a smartphone should have and it is becoming with each launch. Each launch is giving something new. 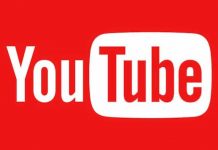 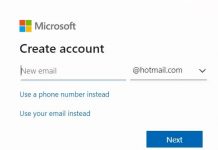