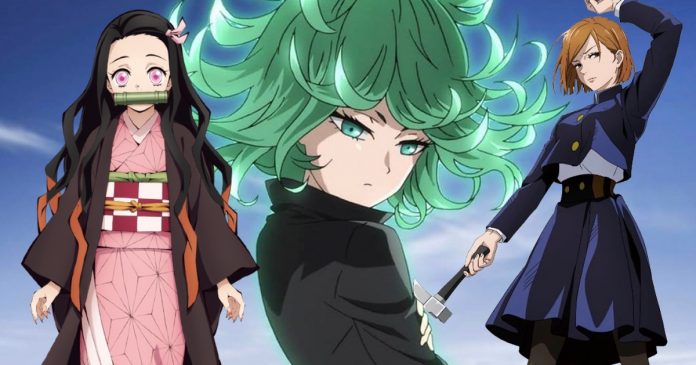 Many classic protagonists of the world of anime they have an imposing appearance. Action heroes like Saitama from One Punch Man, Son Goku, All Might, Jonathan Joestar and many others are muscular dudes, and their appearances loudly declare: I am strong!

Some western comic book heroes are like this too, but some heroic characters anime are strong and small in complexion. They boast remarkable techniques, speed, strength, or intelligence, despite being small, and these characters are not to be taken lightly due to their small build.

Then, The Truth News shares with you 5 anime characters who have a great impact despite being a little small. Some of them aren’t even adults yet, but they could show Saitama, Goku, or All Might how a battle is won.

Saitama is One Punch Man’s invincible bald-caped fame of fame, but he’s not the only powerful hero around here. There’s also the matter of Tatsumaki, the # 2 ranked hero, and his sister Blizzard. Both sisters stand out from all the muscular dudes around them, like Puri-Puri Prisoner or Tank Top Master.

The protagonist of Fullmetal Alchemist it is Edward Elric, is known for many things, from his temper for wearing an automail on his right arm and left leg, to not bearing his height being mentioned. However, no one can underestimate him, as he is not known for nothing as the Alchemist of Steel.

Rukia Kuchiki She is a Soul Reaper, a living spirit that fights Hollows (monsters or evil spirits). She was quickly overshadowed by Ichigo, but she remains an extremely powerful character and loved by fans. Master the art of the sword, all kinds of spells and abilities that make many tremble.

Nobara Kugisaki is a member of Yuji Itadori’s team, along with Megumi Fushiguro. She really knows what she’s doing, her battle style uses a hammer and nails along with the Buddhist art. Although her appearance might not show her strength in Jujutsu Kaisen, Nobara quickly shows her enemies that they should take her seriously.

Nezuko is Tanjiro Kamado’s sister who was turned into a demon at the beginning of Kimetsu no Yaiba. Sometimes she appears to be a little girl, but thanks to her demonic form she can change in size and has tremendous superhuman strength. Like Tatsumaki from One Punch Man, she is a girl who is not weak for the world.