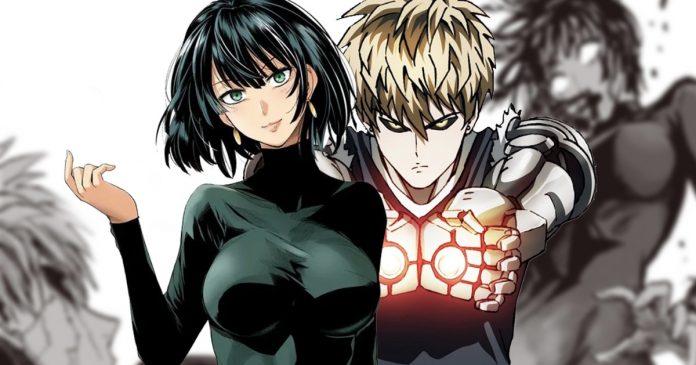 Figure of Fubuki in the stories of One Punch Man She is often shown as a strong, tough and courageous woman. However, it is not uncommon for her to be shown as an arrogant, selfish character and who does not care about the fate of others in the ONE series.

However, it turns out that behind all the negative attitudes and traits of a Fubuki, there is a character illustrated by Yusuke Murata you deserve to be a leader. As we know, she is the younger sister of Hero No.2 of the S-class of the Hero Association, Tatsumaki.

The latest chapter in the series of manga One Punch Man shows another side of Fubuki. It shows you helping Genos risking his life. As shown in the previous chapter, during the fight against Psykos, Drive Knight used Genos’s body as a “vessel” for his final power.

He asked Genos for approval, and he had no objection. Psykos himself was eventually paralyzed, though his fate is still unknown. In Chapter 142, we were shown the effects of the actions of Drive Knight.

READ:  "The Flash" Season 7: Is There Any Chances For The Introduction Of Iconic Gold Boots?

Genos says he’s at his limit. The core of his body had a leak that will cause him to die and explode in the not too distant future. The Drive Knight himself then fled after taking advantage of Genos. Saitama’s disciple then asked the others to leave a radius of 5 km.

He also asked the others to convey his apology to Dr. Kuseno and Saitama for failing. Looking helpless, Genos decided to blow himself up; just as he tried at the beginning of the series or in episode 2 of One Punch Man.

After Genos said that he was going to blow himself up, Bang suddenly said that young people like him shouldn’t get discouraged or give up easily. He asks Genos to stay, while Prisoner Castle searches for the whereabouts of the Child Emperor. Hearing Bang’s motivational words, Fubuki began to act.

Fubuki uses all his power on One Punch Man

Then use the rest of his psychic abilities to repair Genos. At that moment, Fubuki said that he would not stare at his subordinates in distress. And the most notable are the words he spoke at the end, namely, “The leader must know how to behave as a leader.”

Fortunately, all of Fubuki’s efforts are fruitful. Genos’ body system shows that the internal temperature is slowly returning to normal. The critical period of the cyborg is over and it does not explode.

Fubuki, on the other hand, immediately felt the effects of abusing his telekinesis power. He then fell unconscious while bleeding from his mouth. Seeing the sacrifices made by Fubuki, Silver Fang said she could become the greatest leader of all one day.

What Tatsumaki’s sister did to Genos isn’t actually the first time she’s shown her best side. Previously, Fubuki had also done the same to protect Bang and Bomb, when Tatsumaki was about to “blow up” the headquarters of the Monster Association.

Fubuki pulled out a kind of barrier for the three of them. What happened in this arc seemed capable of causing a great change in the Hero Association. For example, for the first time in history, all heroes work together to help Tatsumaki defeat Psykos.

However, they generally do not want to cooperate with other heroes. And of course we also see another side of Fubuki that is very extraordinary. The Truth News reminds you that you can read the One Punch Man manga on VIZ Media.