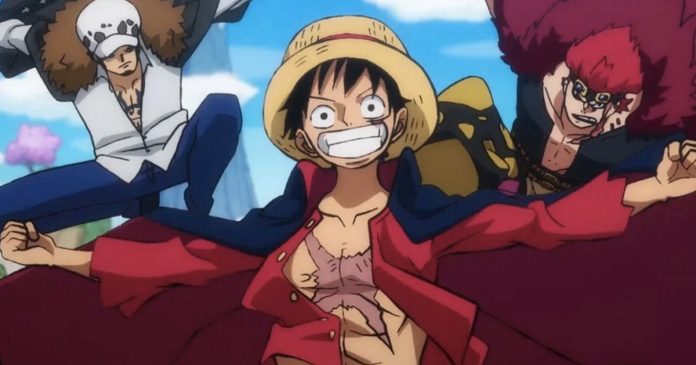 One Piece is a series of manga created by Eiichiro Oda, is considered one of the most popular and long-lasting. After more than two decades, his anime produced by Toei Animation has been on air and now fans are wondering about the interesting chapter 1001, so below I will tell you where to read it.

Read manga One Piece in Spanish

The Truth News It reminds you that you can read the One Piece manga from the MANGA Plus application of the Shueisha publishing house. The latest published chapters are available here and as of April 9, you can read chapters 1007, 1008 and 1009.

Fans are now awaiting the release of One Piece 1010, which is scheduled for release on Sunday, April 11, 2021. How will the Mugiwara fight against Kaido and Big Mom’s alliance progress?

One Piece 1001 “The Beginning” reveals that Big Mom he has done his homework to know his enemies. She is aware that Zoro is a former pirate hunter who trained with Dracule Mihawk, the world’s greatest swordsman.

READ:  What Time Will Daredevil Season 2 Be On Netflix?

The chapter also states that the captain of the Big Mom Pirates know the skills of Trafalgar Law. When Law supposedly tries to use them, Charlotte Linlin stops him. Considering her age, Big Mom hardly forgets the details.

Finally, One Piece Chapter 1001 reveals that she remember how Eustass Kid destroyed his ships and it hurt Smoothies’ eyes. You may also know the backgrounds of all the pirates referred to as Supernovas and Worst Generation.

Big Mom really hates Luffy and his crew and vowed to kill the Straw Hat captain. With her teaming up with Kaido, defeating them could be the most challenging task for Luffy and other Supernovae. But it is still too early to say who will be victorious in the ongoing war on Onigashima.

Chapter 1002 spoilers you should know

The Chapter 1002 shares that the heroes are ready to get serious in combat and this is demonstrated right out of the box with a perfectly choreographed combo between two of the captains against Kaido in his dragon form.

Luffy hits Kaido with his Gum Gum Kong Rifle, causing Yonko to back off. Kidd, seeing this, rushes under Kaido with his junk robot and throws him to the ground with Slam Gibson. Finally, Law ends the chain by hitting Kaido with his strongest attack, Gamma Knife.

It’s an impressive chain combo of the three captains from the shonen One Piece series, but Kaido still stands strong. However, he acknowledges that captains “are not just mindless fools who rely on guts.”

One Piece 1002 proves that the Worst Generation can work effectively as a team when fighting a common enemy. Captains play with each other’s attacks; Luffy does his best to protect Killer, and they have two veteran Yonkos on the defensive for most of this fight.