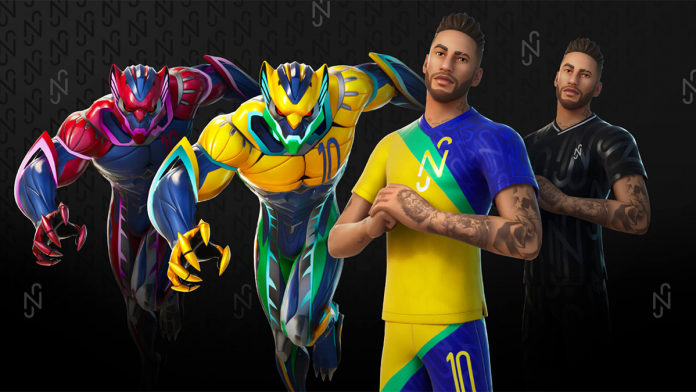 Neymar Jr, one of the most popular soccer players on the planet, will become the first professional athlete to have his own skin of Fortnite when it hits the game on April 27, 2021.

Neymar Jr, who is currently a forward for Paris Saint-Germain FC and the Brazilian National Soccer Team, will be available as part of a special quest line for all players who own the Chapter 2 Season 6 Battle Pass. .

He can be contained no more!

Starting April 27, Battle Pass owners can earn the @Neymar Jr Outfit and other items from his Set.

Read about what’s happening in @FNCreate and compete in the Neymar Jr Cup where you can win a custom-designed soccer boot https://t.co/pnDCYwkgpk pic.twitter.com/FkiH0Emfdo

This Shhh is a special emote beyond the gesture of “silence”, because it will be able to turn Neymar Jr into a Power Ranger type superhero. You can see in the trailer above.

In addition, more surprises can be unlocked by completing all of these missions, such as the Graffiti I’m Ready !, the Discreet Shot emoticon, the Neymar Celebration Gesture, or the Aerial Acrobat Hang Glider.

Additionally, it will be possible to compete in the Neymar Jr Cup for a chance to win a custom designed football boot inspired by Neymar Jr’s primitive form (display). That way, the best player from each region in this solo tournament will receive one of these commemorative objects. Oh, and players can also win the new Ace of the Spin emote as part of the tournament.

As mentioned above, while Fortnite has offered an Emote honoring Pelé and outfits inspired by some of the biggest soccer clubs in the world and the NFL, this is the first time that a professional athlete has been created as a playable skin on it. qualification.