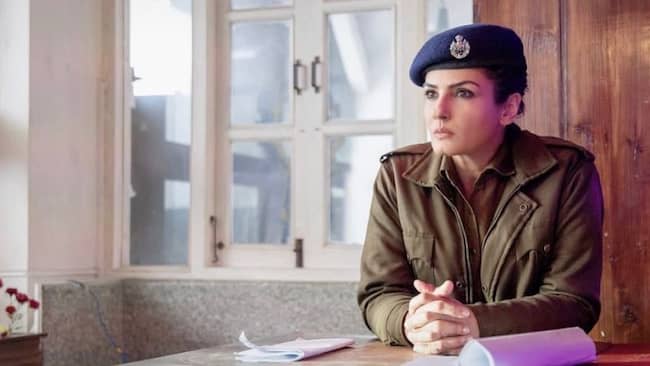 Covid-19 is the direct reason why these OTT platforms are growing faster than Elon musk’s rocket. Many movie lovers have switched over to OTT platforms rather than waiting for the theaters to open completely. Even if the theatres are fully open many are still afraid of the crowd and the spreading of Covid-19.

Thus they feel very comfortable watching movies in the OTT. These OTT platforms not only release movies but also web series too. Following the trend from Hollywood, Bollywood also produces web series which will keep you engaged for hours.

The main hype about this web series is that Raveena Tandon makes her debut in this digital OTT world through this web series. Her fans are too excited. Bollywood movie lovers will know here but if you are from the south the let me give you a hint.

She’s the one who gonna play the role of Ramika sen. In the KGF part 1 of the movie she got only a few shots but in the sequel, she will definitely have a lot of scope in the movie.

When the KGF 2 is released she will have more fans than now. If the Aryanak is good to watch then it will become a blockbuster web series of all time.

Fans are very excited to know about the release date. But because of few production issues and lack of proper dates in the upcoming months the release date is yet to be announced.

The Plot of the Web Series Aryanak

The plot of this web series comes under the thrillers category. The plot revolves around a murder. Raveena Tandon plays the lead role as a police constable, where she and her co-worker works to solve the murder case. Political motives and the myths that surround the murder are the plots for a spine-chilling thriller series. The cast for my co-worker is Parambrata Chatterjee.

Cast and the crew of the Aryanak

This web series is produced by the well-known and famous production company Roy Kapur Films which is partnered by Ramesh Sippy Entertainment. The direction is done by Vinay Waikul. This director Vinay Waikul has a good track record in the entertainment industry.

He has worked with Mr.A.R.Murugadas for the film Ghazini (Lead by Amir Khan). He has also worked with multiple heroes such as Shah rukh khan, Shahid Kapoor, and also Ajay Devgan. He is not only the director of the web series but also the story writer and the screenplay writer.

Just like all the fans we are also eagerly waiting for the release date of the film. Keep watching this space. Once the release date is announced by the production company officially we will update it here.