Netflix: Trailer of Scorsese’s ‘The Irishman’

First, Let reveal the surprise element of Netflix Scorsese’s ‘The Irishman’. It is De-aged De Niro. The man behind the Raging Bulls, The Godfather, Heat, Taxi Driver, Casino, The Family, The King of Comedy and many more hits is back with a bang in ‘The Irishman.’

Robert De Niro will be appeared in ‘The Irishman’ and people are don’t get over from De Niro. Martin Scorsese, once he was said that down and ban all streaming websites, it is going to be critical about movies. But then what happened, he has started one leg with ‘The Irishman’ on Netflix. So, it is the largest streaming website over a couple of years.

Let it be, forget about it, get over with it. Now we are focusing on ‘The Irishman’, about The De Niro. Finally, The Trailer is making the solid impact of the people’s heart, it is great. And why not it is great? Director of The Irishman is  Martin Scorsese. And it is filled with the star cast. Godfather fame Robert De Niro, and Joe Pesci and Al Pacino. They are Academy Award Winners. Screenplay writer of The Irishman is Steven Zaillian. Martin and De Niro have worked together in Casino, Goodfellas, and Gangs of New York. Yet another is in making.

$140 Million is the budget of The Irishman is based on the Book Adoption. It is based on the book ‘I Heard You Paint Houses’ written by Charles Bandt. Robert De Niro plays the role of Frank Sheeran, Who is a World War II Veteran. Al Pacino playing the role of Jimmy Hofa, Who is a Union Boss. All this tragedy is involved with the real-life hitman and his infamous disappearance. All things are resolve when it will be released. So, Till that it is unsolved.

In this story, Actually book story is cover multiple decades in ‘I Heard You Paint Houses’ Book. So, Director of the Movie Scorsese wants some Cutting-edge de-aging technology, which is expensive to purchase. They used in ‘The Irishman’ In Some of the Scene it needs to make 30 Year younger Character. So, they need it and get it.

Technology is blamed for the long wait and Editor Thelma Schoonmaker Said to media “youthifying the actors in the first half of the movie,” and that “the second half of the movie they play their own age. So that’s a big risk.”

Finally, they are going good with the Cutting Edge Technology and spread the first trailer of ‘The Irishman’ today in front of us. 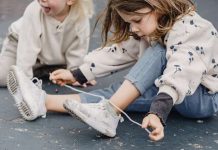