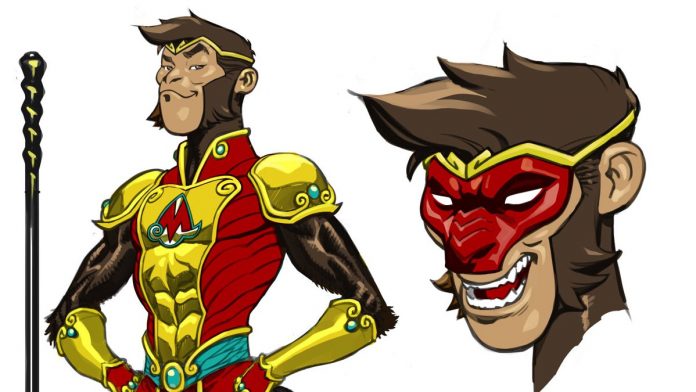 DC Comics It brings us some heroic news: in its next Festival of Heroes it will introduce us to a new character: Monkey Prince (in Spanish, the Monkey Prince).

The company will launch its “DC Heroes Festival: Celebration of Asian Superheroes,” a 100-page anthology that will arrive on May 11 with 11 stories. It will be there where we meet the new superhero, Monkey Prince. This hero is inspired by the Monkey King from Chinese mythology and will be the protagonist of a 12-page story. He is a hero who, by the way, hates superheroes.

“Debuts in a story written by award-winning screenwriter Gene Luen Yang (Superman vs. the Klan, Batman / Superman, The New Superman) with illustrations by Benard Chang (Teen Titans, Batman Beyond); Monkey Prince is also inspired by the classic story” Journey to the West, “a DC release.” In Yang and Chang’s original story called Monkey Prince hates superheroes, the character will fight as an ally of Shazam to defeat the evil Dr. Sivana and a Chinese spirit demon in the form of a deer.

Monkey King, on which it is based, is also known from the game Black Mith: Wukong. In addition, there will be a special cover that commemorates the arrival of the new character. Hopefully, this release will calm things down a bit after the cancellation of Zack Snyder’s Justice League prequel comic. Of course: if you are fans of classic DC movies, comics based on Batman from ’89 and Superman from ’78 have moved on.