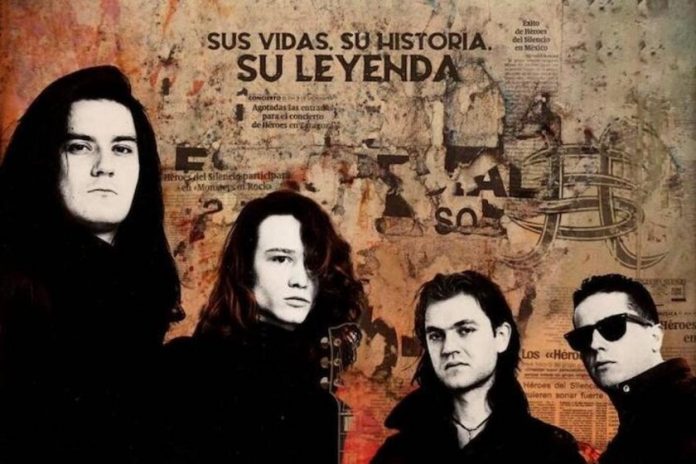 You like them more or less, Heroes of silence will have been part of some moment of your life. Surely more than one and two. Now his regular collaborator, Alexis Morante, presents a documentary that will delight veteran Heroes fans and will entertain the curiosity of potential new fans of one of the most legendary bands on our music scene. Perhaps due to the need we have to feel alive again, ‘Heroes: Silence and rock & roll’ seems like an indispensable documentary right now.

With an astonishing number of archival images that take us back to a better past (or at least without pademics) and with a lot of popular faces and happy places (Tocata, for example), the documentary travels in strict chronological order the life and miracles of the Aragonese formation most popular of all time. From that unknown (for foreigners) moved skill to the pharaonic separation on American soil, ‘Héroes: Silencio y rock & roll’ is, like the band, a rare bird within our documentary panorama. Because we do not have so many figures with such a story to tell the general public.

The excellent documentary by Morante, a veteran already in these borders (‘Camarón: Flamenco y revolucion’ or ‘SANZ: what I was is what I am’) summarizes in just ninety minutes the odyssey that this group of friends experienced between 1984 and 1996, barely twelve years of existence that seem 25, just like their four albums weigh as if they were 14. That is one of the great virtues of the band: they became gigantic from the lowest possible. Like the best works of the genre, the documentary tells the story through its protagonists. The four members of the band, five including Alan Boguslavsky, narrate their experiences, joys and sorrows with the help of Ignacio “Pito” Cubillas (ex-manager) or Phil Manzanera, perhaps the true architect of the band’s success. together with the desire to eat the world of the four young people. 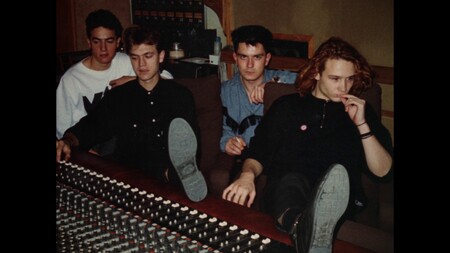 The sincerity of the members of the band is appreciated, who are not shy when it comes to admitting mistakes, lysergic trips and odysseys lived along the way. Life and death, laughter and tears, health and disease around the world come together in a documentary that does not need to reformulate the conventional narrative to offer a lucid, entertaining and clarifying story. It is almost shocking to see that the musicians themselves think practically the same as you and I about their work and legacy, which somehow puts them on the same level as the audience, something that is always well received.

READ:  The Powerpuff Girls: first photo in the live-action series

I think it is important to emphasize that you do not need to be a fan of Héroes del silencio to enjoy the documentary. I never was. His debut sounded with an annoying cleanliness, a sound that can work in the discography of Emilio Aragón but not in that of long-haired men looking like new romantics. Despite the success of their next album, Héroes del silencio were almost more cause for joke than anything else. Among us and also among a national specialized press that also takes its own here. 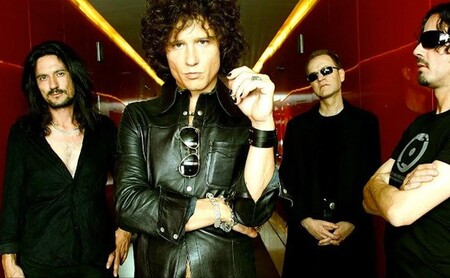 One of the crucial moments of the band and of the documentary was the appearance of veteran producer Phil Manzanera, who knew how to read what these kids needed: for the songs on their albums to sound like they did at their concerts. With Manzanera came Senderos de Traición, a key album in our rock, and El Espíritu del Vino, perhaps the album that best reflected what was happening between the walls of that house. A chaotic collage full of varied influences and inspirations and, as Bunbury himself acknowledges in the documentary, “a double album when we didn’t have enough songs.” A highly enriching chaos.

READ:  Confirmed the surprise break of My Hero Academia: the reason for the stop

It is worthy of praise that it is the protagonists themselves who recognize everything without mincing words in a documentary where an impressive haze of sadness seizes the story. The documentation work is impressive and during its first fifteen minutes it bets strongly on a nostalgia and melancholy that you laugh at ‘The year of discovery’.
We always say that it is important to separate work and author, and although the leader of the band never makes it easy, in the end the Heroes were left with a really impressive repertoire.