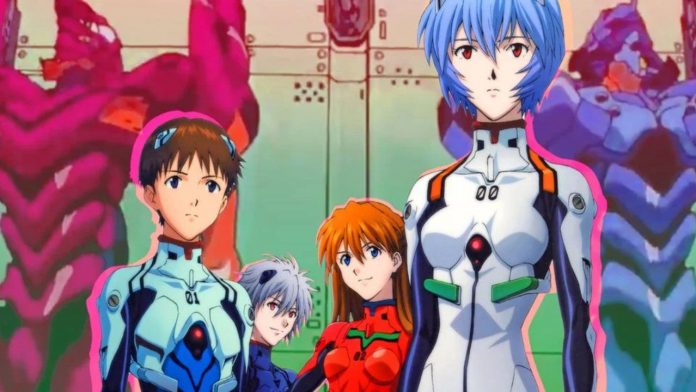 Although it is rich in symbolism and heavy and difficult to understand thematic traits, Neon Genesis Evangelion has been a point of reference for several decades now, a franchise whose popularity is always at the highest levels, as well as one of the most profitable.

The marketing that revolves around Neon Genesis Evangelion is simply immense and includes a multitude of toys, collectible statues, video games, clothes and various objects. But what is the real reason for this commercial success?

Trivially, one of the main reasons is a mere aesthetic factor. The Unity Eve and the Angels they differ from any other robot ever created, such as the Mobile Suit Gundam or Mazinger. Their hybrid nature, therefore, has made Evangelion themed toys among the most popular and sought after in Japan.

The Evangelion anime is known for featuring its own female protagonists and Asuka and Rei’s cosplays are ubiquitous at any fair or event. The two girls are loved by both male and female audiences, much more than Shinji.

Unlike its rivals, who tell the story of huge robots fighting for the defense of the Earth, Evangelion is a dark, depressing and subversive series. The main theme is not the epic battles between the giant Eve Units and the Angels, but death, destruction and visceral human fear. These themes, which also combine biblical mythology, make Evangelion a psychological horror rather than a mecha show.

The last reason behind the incredible success of the Hideaki Anno series is the immense one popularity it has achieved. Even those who don’t follow the anime unwittingly suffer the giant marketing machine behind Evangelion, which churns out new games, crossovers in TV shows, soft toys and even food items almost daily, as in the case of this advertising campaign that led the Eva Units to transform. in tasty dishes.

Hideaki Anno of Evangelion will deal with a film dedicated to Kamen Rider. New record for Evangelion 3.0 + 1.0, the film’s receipts exceed 7.5 billion yen.

READ:  Falcon and the Winter Soldier: Anthony Mackie says goodbye to Sebastian Stan in the networks