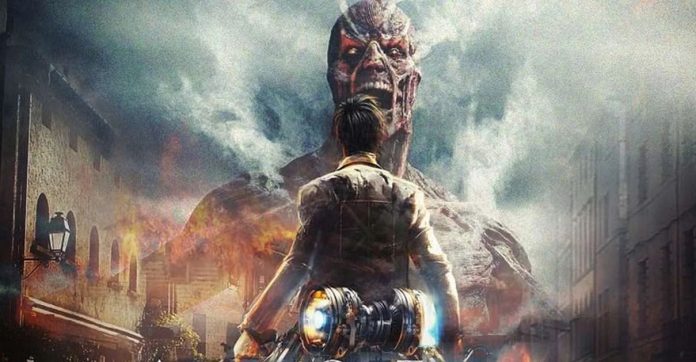 The important American film production company Warner Bros. confirmed several months ago the production of a live action film dedicated to the series The attack of the Giants, and now that the conclusion of the manga created by Hajime Isayama approaches, with the long-awaited chapter 139, the interest in this project continues to grow.

They already exist two live action films, released in Japan, who have explored some aspects of the story of Eren Jaeger and his companions, bringing completely original material to the screen, but the film originally conceived by the US company seems to want to be a faithful reproduction of the events seen in the manga and anime. The direction was entrusted to Andy Muschetti, which many of you will know for directing the first and second part of Stephen King’s It, which in 2019 had shown his great passion for the series: “I am fascinated by the Attack of the Giants. It is a story that I followed first with the anime and then reading the manga … I find it fascinating. There are many themes that have struck me, and I want to talk about. It is also an interesting horror adventure. There are all aspects of the human drama. That’s why I really want to do it. “

Currently, however, it seems that Muschetti is devoting himself solely to the film The Flash starring Ezra Miller, but it will be interesting to see his interpretation of the complex world of Isayama, which in 2018 expressed himself regarding the collaboration between Kodansha and Warner Bros: “Regarding the film adaptation, it has been many years since the negotiations began, but finally the day has arrived. First of all, I would like to thank everyone who put great effort into making this a reality. Thanks for everything you have done so far, and please continue to support us. ”

For now there is no certain information about the cast and the main actors, but alongside the director Muschetti there will be his sister Barbara, and producers David Heyman, famous for the Harry Potter saga, and Masi Oka, which also produced the adaptation of Death Note featured on Netflix. Recall that 8 years ago the Attack of the Giants anime debuted, and we leave you to our review of the episode 4×16.