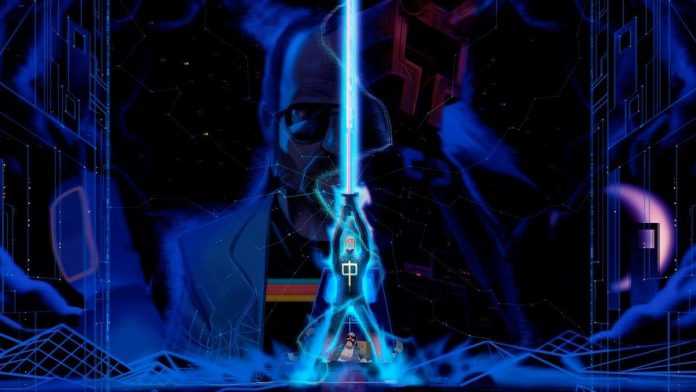 Under the banner of the retro and the low-budget independent, as if it were a blanket, a large number of titles are hidden that do not always contribute to the video game catalog what they should contribute. Titles that are a simple exercise in control of development tools, shameless clones of the latest fashion game and works obsessed with returning us to the 80s with a wink and forced tribute, sometimes overshadow the fine work of some studios that continue to make low-budget indie pays off.

The importance of retro

About to turn 60 years after the launch of Spacewar! And with more than half a century of development behind it, the video game industry has reached that age in which it cares about its beginnings, venerates its ancestors and look for that something else that gives meaning to your existence. At the height of photo-realism, HDR, 4K and ray tracing, retro hits harder than ever. We no longer speak of small communities of former video store clerks with their members confronting each other over who has lived the longest in front of the CRT, but about a real concern for the past. An intention to preserve the legacy and keep it alive through new titles that do not leave behind tools and codes that today are far from being obsolete despite their age.

While one sector of development continues to program for platforms and computers from the 70-80s, others are working on bringing its essence to the machines and computers of 2021, keeping alive the spirit of a whole generation of gamers and creatives. The retro is still more alive today than ever, and with a good marketing campaign, you are able to look head-to-head with titles with a higher budget, graphic power and brilli brilli. This makes publishing low-budget video games tempting for large companies, which have been supporting, creating and distributing this kind of titles for some years now or even helping them to be born with projects such as PS Talents or ID @ Xbox.

READ:  What Does Shiesty Mean?

Retro beyond fashion game, nostalgia and Ready Player One

Unfortunately this revival of the classic video game is not always as positive as it may seem. Where there was a field of pure creativity willing to inspire the great developers by changing the rules of the game, now clones swarm, titles that drink from the fashion game and sets of winks and tributes to the 80s that try to drink from nostalgia, ignoring at a stroke the almost 60 years that have passed since Spacewar!

As a bald gamer over 40 I enjoy nostalgia like any other old man, but retro works, and it does it luxurious, when it does not need your previous experience to know how to convey its message. It’s relatively easy to get any player in their late thirties excited. Remember the loading times, the feeling of loading a cassette for the first time, the flashes on the screen, the visit to the video store on Fridays for a VHS movie and a pack of popcorn … or the afternoons chopping codes copied from a foreign magazine that made you feel like the protagonist of War Games before the word existed hacker.

The difficult thing is to achieve all this in someone who has not lived through that time. Being able to tell your story and transmit feelings of a whole generation to a younger user, get them to share your experience and understand what motivates you when designing your game. That’s what Narita Boy does magically right starting from an invented world that might as well be signed by William Gibson. Create a digital universe with a retro mechanical look and endow it with all the traits of a generation without falling into the easy trap of the Ready Player One tribute wink so that the audience applauds and wipes a tear of emotion with the corner of the handkerchief.

What Narita Boy does so well

Any veteran gamer who ever lived glued to a CRT with a Nocilla sandwich before Nutella ate the market can speak of Narita Boy in terms of the past. I could write rivers of digital ink mentioning that combat that returns me to the fierceness and cruelty of Nemesis: The Warlock, the hands that emerge from the game like the Bruce Lee bushes from Data Soft, the elevator scene and the joke behind the music, or in a way of exploration that reminds me of Clive Townsend’s Saboteur. And don’t make me talk about that setting that sometimes reminds me of Dennis Caswell’s Impossible Mission, and other times it makes me feel at the keyboard in front of the diabolical Camelot Warrior by Víctor Ruiz and Florentino Pertejo, with whom it resembles that it shares not only pose and epicity , but also that dual reality that makes it so appetizing.

However, what makes Narita Boy so good is not that he drinks from the past, but that he manages to convey that feeling of the past without having to have played any of the titles I have mentioned and that they do not have to be the ones that inspired to Studio Koba in creating their game. Narita Boy traces a story full of melancholy and beauty that kicks to the heart no matter how old the player is. An odyssey that drinks from a whole shared symbology from a work of its own creation that makes it self-explanatory and manages to pull off that nostalgic smile even from the newcomer player.

The golden age of Spanish development

As a veteran, Narita Boy knows me to the golden age of Spanish development, to Opera Soft and Dinamic, to a movie on VHS and white sneakers. But behind this is a very well designed game with a very fine focus capable of conquering any user on its own merits. Its level design, its progression system measured to the millimeter and its way of standing before the player give it a quality that goes far beyond what I am used to perceiving in a game of these characteristics. Narita Boy is not the umpteenth attempt at low-budget Dark Souls nor does he want to be rogue like, he flees from the metroidvania and does not invite you to create a deck to fight. It does not invent absurd mechanics on which to bear the full weight of the game until you are fed up, nor does it create ingenious puzzles or try to show you that the video game is art.

Far from it, Narita Boy is a title that feels unique because it avoids falling into the typical traps of low-budget retro indie. Studio Koba’s work is a tremendously personal, beautiful, nostalgic title and with its own gameplay that does not disgust the evolution of these almost 60 years that have passed since the birth of Spacewar! The story and how it is told through all the developer’s tools at hand come together with an impressive artistic direction work and a very successful soundtrack to result in something that you should play yes or yes. We are once again facing a game that could inspire the development of large companies. And it had been a long time since I felt that way.