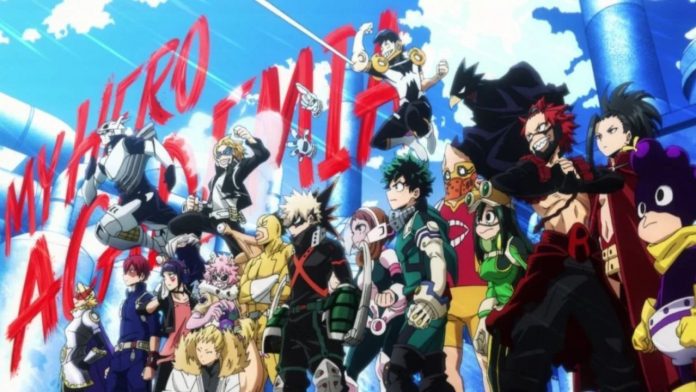 Lice Yuei’s course for heroes has finally reopened its doors with the arrival of season 5 of the anime of My Hero Academia, which will lead the two classes of firstborn to fight in training. However, there are some students whose future may be brighter if they drop out of school.

UA Highschool is the home of the brightest Heroes, a real opportunity to enter the next generation of professionals. For several reasons, however, some would-be heroes could benefit more if they trained elsewhere.

At the beginning of the series Bakugo was one of the most destabilizing elements of Class 1-A: his uncooperative attitude has in fact often caused collateral damage. Although he is now working deeply on his character and is one of the best in his class, Bakugo could become much stronger if he relied on a private tutor.

As we have seen during the internship at Best Jeanist’s agencyin fact, Bakugo needs an ever-present figure, a bit like All Might does with Deku. A private teacher could manage the child’s physical preparation and smooth out the sides of his more explosive character. This task is currently entrusted to friendships and ties with classmates.

Another would-be hero from Class 1-A who should step away from Yuei and Koji Koda. Its power, in fact, could be used in a better context. In a world that is becoming increasingly violent, Koda does not have sufficient resources to deal with the threat of the Union of Villains. After all, it is highly unlikely that Shigaraki will be defeated by a flock of pigeons. In civil sectorinstead, Koda would use his Anivoice Quirk perfectly.

Mirio Togata badly needed the UA to master his extraordinary but equally difficult Quirk, Permeation. However, now Mirio has already established himself as one of the Big Three, one certainty in the field of professionalism. If he were to regain his power thanks to Eri, he could already abandon his studies.

Situation similar to that of Lemillion is that of Mei Hatsume, who already has surpassed even his teachers. Mei is the best at what she does, she is already an expert in machines and devices and has built several devices that can help her classmates, such as Izuku or Iida. She could already work for any national research lab, developing and supplying the best professional heroes.

Lastly, here is an unprecedented figure. Pop Step, one of the protagonists of the spinoff My Hero Academia: Vigilante – Illegals, it would have practically no advantage from studying at the Yuei, and to be honest, he most likely would not even qualify for access. Pop Step, in fact, loves performing improvised shows and organizing gigantic events. The UA professors couldn’t help her in any way. Only Pop Step can handle itself.

Let us know what other character should never have anything to do with Yuei High! Meanwhile, My Hero Academia joins the Japanese government in the fight against piracy as Endeavor approaches a major meeting in My Hero Academia 5.