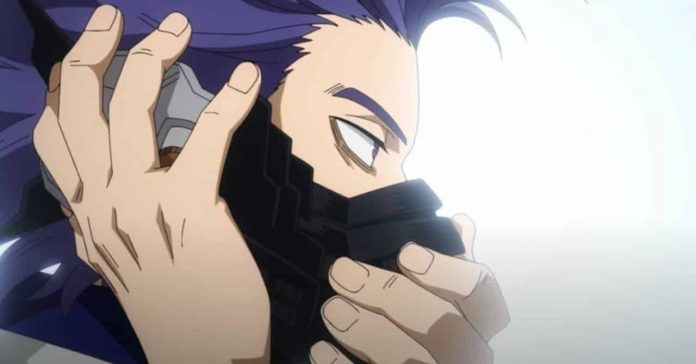 The fifth season of My Hero Academia is just starting, but fans of the anime have already found a new favorite character who is also depopulating on social networks: Hitoshi Shinso.

There is a (more or less) new hero (or at least aspiring hero) at the Yuei, and viewers of the anime couldn’t be happier.

We had already seen it during the second season of My Hero Academia, during the narrative arc of the sports festival, but this time Shinso is really stealing the show from the students of 1-A and 1B.

In the last episode aired 5×04 Go Like This, Shinso!, as the title suggests, the focus was all on the owner of the brainwashing quirks, and fans of the series really enjoyed the character’s characterization and animation.

“I care more about Shinso than Deku in this round … Is it just me? #MyHeroAcademia“wrote someone on Twitter.

“Shinso is enjoying each episode more in this fifth season #MyHeroAcademia“someone else said later.

“Shinso is cool. Not as cool as Mirio, but definitely cool #MyHeroAcademia“one user ruled.

“Okay, but is Shinso really cute in this episode? #BNHA #MyHeroAcademia“somebody remarked again.

Until’inevitable truth: “Shinso was the MVP of the week !! The Persona Code, the Binding Cloth! It was all very exciting! Hope to see him become a hero soon! #MyHeroAcademia“.

Well, Shinso’s “second debut” in history was definitely impactful, but what did you think? Are you enjoying the character? And the new season? Let us know in the comments.