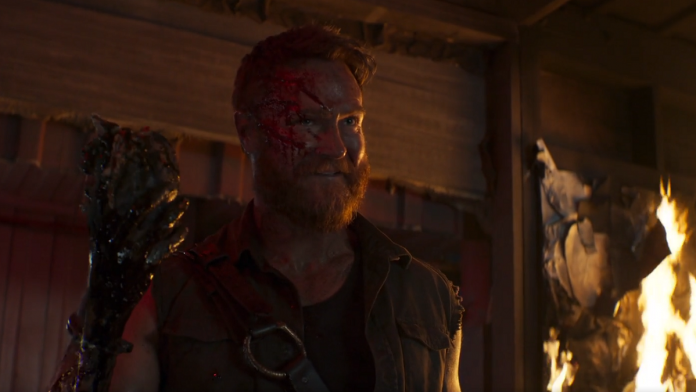 Older veterans will remember the original movie Mortal Kombat when they see the new version that will be released this year 2021. And not only because it is still one of the best adaptations that cinema has made of a video game, but also because it contained a mythical melody that will now return for the reboot, completely reimagined.

It is about the iconic theme song Techno Syndrome, which will be reinvented by composer Benjamin Wallfisch. Also, best of all, you can already listen to this new version. Here we tell you everything you need to know.

As Collider reports, Wallfisch began work on Techno Syndrome 2021 before filming began on the new movie. And right now you can listen to the finished product here.

As you can see, this is an incredibly modern twist on a tune that fans of the series (not just the movie, but also the games) love. Without a doubt, a great advance so that the last delay that has suffered production hurts a little less. Remember that now, the release date is scheduled for next April 23, 2021, instead of April 16, 2021.

READ:  The Attack of the Giants: the author of Tokyo Ghoul greets the manga with an illustration

While we wait for the premiere, which will also hit HBO on the same day as in theaters, we remind you of the official synopsis of the film:

“In ‘Mortal Kombat’, MMA fighter Cole Young, used to getting beaten up for money, is unaware of his heritage, or why Outworld’s emperor Shang Tsung has sent his greatest warrior, Sub-Zero, a Cryomancer from another world, to hunt down Cole. Fearing for his family’s safety, Cole goes in search of Sonya Blade in the direction of Jax, a Special Forces commander who carries the same strange dragon that Cole was born with. Soon, he finds himself in the temple of Lord Raiden, an ancient god and the protector of Earthrealm, who grants refuge to those who bear the mark. Here, Cole trains with seasoned warriors Liu Kang, Kung Lao, and the rebel mercenary Kano, as he prepares to face off against Earth’s greatest champions against the enemies of Outworld in a high-stakes battle across the universe. But will Cole be pushed enough to unlock his arcana, the immense power from within his soul, in time to save no only his family, but to stop Outworld once and for all? “.