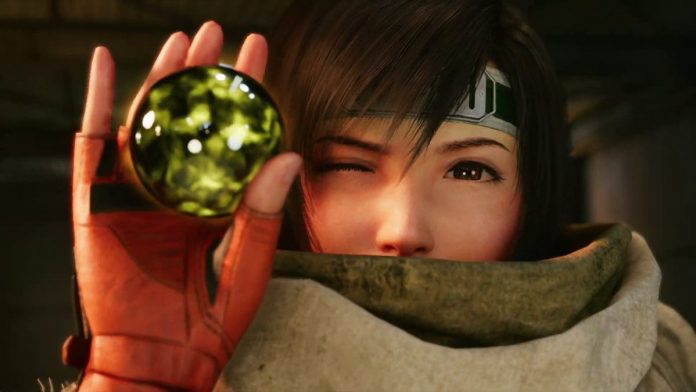 Square Enix has revealed new details about the Final Fantasy VII Remake Intergrade version, confirming the title of the new episode starring Yuffie, some of the new characters that we will be able to see in this content, and the actors and actresses who will interpret them.

The Yuffie episode that will be part of this improved and expanded version for PS5 will be called Final Fantasy VII Remake Episode INTERmission. Along with the name, some more details about the control and abilities of the protagonist that we can use have been revealed.

Yuffie will once again feature her signature fighting style and ability to steal supreme matter from the Shinra Power and Power Company in FF7R Episode INTERmission. He will be able to carry out short and long-distance attacks thanks to his giant shuriken, and he will have to enter enemy terrain together with other Avalanche members to take revenge.

Some of the unique movements that Yuffie will be able to perform in this episode will happen while the shuriken is in the air, being able to expand its reach and power with ninjutsu techniques, in addition to providing it with reinforcement of elements such as Fire, Cold, Lightning or Wind. In addition, Yuffie will be able to use the skill “Exorcism”, which increases the power of the attack based on the number of BTC segments that have been used. “Whirlwind” is another attack that generates a whirlwind of wind that deals damage and draws enemies.

Along with Yuffie and his partner Sonon, already confirmed, FF7R Episode INTERmission includes other characters as Zhije, a man from Wutai who serves as a link between his territory and Avalanche, whose cell will be made up of Nayo, Billy Bob, and Polk. Weiss will be the leader of Deepground, Shinra’s secret research facility.

Along with these characters, Square Enix has also confirmed the list of voice actors and actresses. that we will hear interpreting in this episode of Final Fantasy VII Remake Intergrade:

Final Fantasy VII Remake Intergrade is an improved and expanded version of the original game that will arrive exclusively on PS5, and that will include (among other novelties) this episode starring Yuffie. It will arrive on June 10, 2021.