Absolutely excessive weekend is the one that awaits you if you decide to delve into our recommendations: from the dubious superheroism of ‘Archenemy’ to the ultrafights between titanic ninjas and necromancers of ‘Mortal Kombat’, passing through the mega-acting of Nicolas Cage. With our 13 leisure proposals, this weekend there is no respite.

Warner does not give respite, and after the premiere a few weeks ago (box office included) of ‘Godzilla vs. Kong ‘, is the turn of a video game adaptation that had been stumbling for a few years and that has ended up coming to fruition. And from what can be seen in trailers and trailers, the result could not be more promising. Aesthetics and argument They seem faithful to the original, there are nods to the first and much loved adaptation of the nineties and the show seems to focus on what interests us: the thumping and the pounding. Get over here!

The new film from Spectrevision, producer of recent successes as interesting as ‘Color Out of Space’, ‘Mandy’ or ‘Daniel Isn’t Real’ poses here a twist on the superhero theme with the story of a homeless man who claims to be actually a hero from another dimension, although on Earth their powers do not work. Only a kid will trust him, but make no mistake: this is not an evocative friendship film between two losers, but a stark reflection on the truth and its consequences.

‘Synchronic. The limits of time ‘

Fourth collaboration of Justin Benson and Aaron Moorhead, two very interesting creators of temporal paradoxes and paranoid fantasies that are characterized by leaving their viewers scratching their heads trying to make sense of what they have just seen: His are recent wonders like ‘Spring’, ‘Infinity’ and ‘Resolution’. Here, Jamie Dornan and a pre-Marvel success Anthony Mackie are two paramedics who experiment with a drug that makes them lose touch with traditional notions of time and space.

READ:  The Apple iMac (2021) are renewed: they boast an M1 chip, 1080p webcam, and a surprising and cheerful external design

Terry Pratchett’s massive Discworld is brimming with memorable characters. But few like the The Guard, the police force of Ankh-Morpork, one of the main cities of this fantasy world. We are facing a series that has been in development for years in different ways, to the point that Terry Pratchett came to supervise its initial versions before his death in 2015. Finally, it has seen the light with a cast led by Richard Dormer and some controversy by the liberties that have been taken with the original. Check yourself if the changes have been successful.

The controversial film of the season is this thriller that picks up the legacy of the old exploitation films of the subgenre of rape & revenge and gives them an aesthetic face lift. But the story is old and well known and appeals to lower instincts, as it should be, with an attacked young woman who cries out for revenge against those who ruined her life. A terrific female cast (Carey Mulligan, Bo Burnham, Alison Brie) join forces in an Emerald Fennell film nominated for five Oscars (Best Picture, Actress, Directing, Screenplay and Editing)

Is ‘Fez’ one of the best video games indie of history? Not only is it, but you can almost take the “indie” category out of that question, and it will still be just as on point. A delicious mix of adventure, action and diabolical puzzles that will require, as in the old days, mapping by hand with paper and pencil, in a pixelated wonder that plays with perspectives and trompe l’oeil in a hilarious way. Practically inexhaustible and eternally captivating.

Other absolute classic of the indies of Heroic Times and Flash programming, returning with a sequel that perfectly respects the aesthetics and mechanics of the original demoniac. This second part already arrived at the end of 2020 for PC and Switch, and now it is the turn of the other consoles, Xbox One and Playstation 4, with a renewed control system, daily challenges and 7,200 different levels, all of them designed by hand, and which are presented to the player differently depending on their progress in the game.

It is the weekend of the classics, of course. But unlike the previous two games, with a pixelated aesthetic, ‘Shadowman’ is a true icon of the original polygon. It was released by Acclain for PC, PlayStation, Dreamcast, and Nintendo 64 in 1999 and put the players in the shoes of a hero who had to liquidate demons that invade our world. This new version recovers deleted content, remasters the soundtrack, is in 4K, improves graphics, has antialiasing, and redesigns control, AI and mechanics.

A few months after its arrival on PC it lands on Nintendo Switch this jstrange and atmospheric oyita that puts the protagonist (and the player) to endure a confinement of 400 days of real time, waiting for their semi-mythological king to awaken. A mix of idle game, a graphic adventure and exploration game in which, at a tremendous pace of parsimony, we will be able to investigate the caves, decorate our cabin or even disobey the king and escape from seclusion. A semi-experimental wonder that will test your patience and ingenuity. 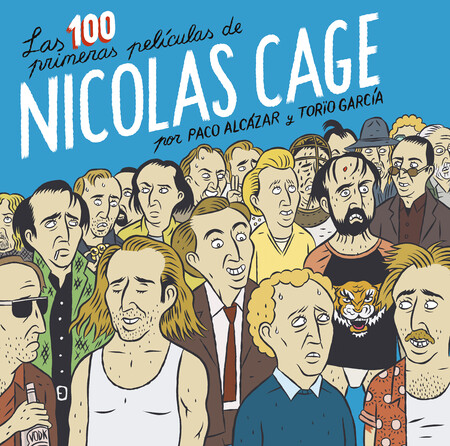 The filmography of the genius of extreme acting has reached the hundred films, many of them icons of the strange and the unclassifiable. Turned into a walking meme, his person is confused with his roles, and before seeing any of his interpretations, one already knows that a Nicolas Cage film is going to be, above all, a Nicolas Cage film. Paco Alcázar and Torïo García review in this essential volume that hundred films, review their constants and analyze their findings. 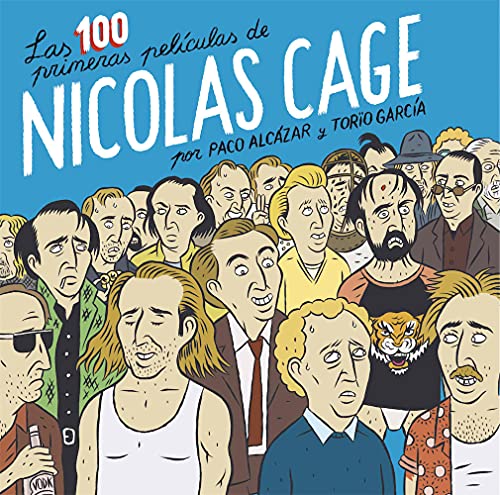 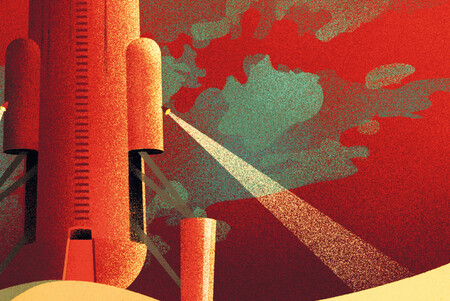 Lem, as usual, was already innovating in 1964 with this novel, which included in its plot elements unheard of then, such as nanobots and artificial evolution. The Invincible is the name of a huge ship that leaves to meet its twin, the Condor. She is lost on Regis III, an isolated planet that causes waves of life anguish in all who land on it. As in ‘Solaris’, a futuristic disguise serves Lem to delve into the abysses of human identity. 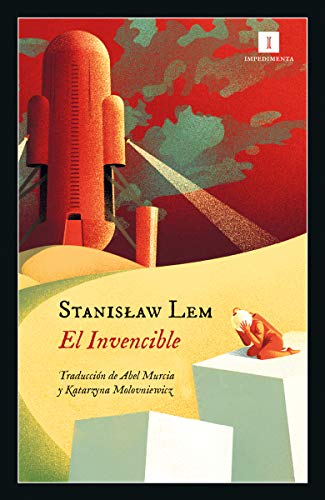 ‘The hidden girl and other stories’ (Ken Liu) 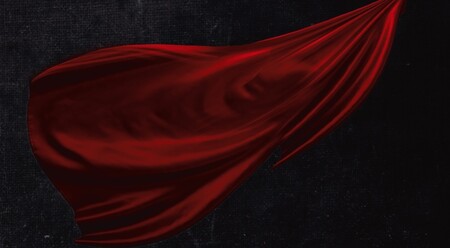 If you haven’t jumped on the Chinese sci-fi bandwagon yet, this compilation of stories written in the last five years by genre superstar Ken Liu it can be an excellent gateway. 18 tales from time-traveling murderers to emotional parent-child relationships with an unexpected twist. In addition, the book includes an excerpt from ‘The Veiled Throne’, third volume of the epic fantasy series ‘The Dandelion Dynasty’. 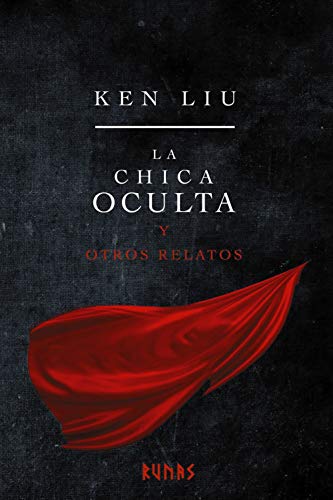 The hidden girl and other stories: 099 (Runes) 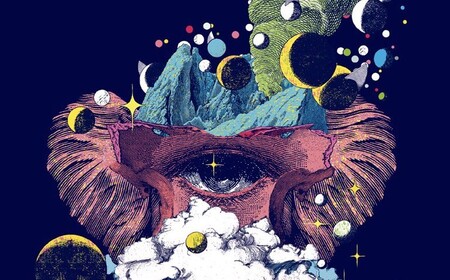 If you are a fatal fan of Lovecraft but you have run out of material, this week we recommend this collection of stories from one of the most notorious members of Providence’s closest circle. This selection includes two stories that are pure Cthulhunian mythology: ‘The Space Eaters’ and ‘The Dogs of Tindalos’, and the volume includes stories such as ‘The horror of the mountains’, which remained unpublished in Spain. 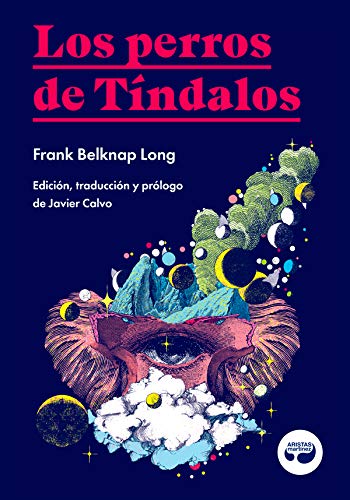 The dogs of Tindalos: 37 (Pulpas collection)