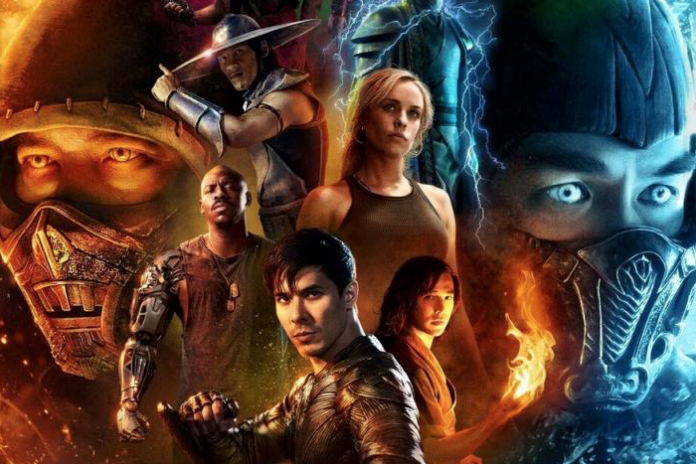 You already know how this works: with a new Friday crossed out on the calendar, it arrives a new selection of premieres of cinema that we will review after taking a look at the data that he left us the ticket office from the weekend before. A national box office that is once again crowned by ‘Godzilla vs Kong’ despite its fall from 0.9 million euros to a not inconsiderable amount 0.6 million.

Along with its MonsterVerse title, the folks at Warner Bros. continue to dominate the top ranks thanks to ‘Tom and Jerry’, which sneaks into second place with 0.3 million euros raised. After her, the Oscar nominees ‘Nomadland’ and ‘Another Round’ are approaching 0.2 million in third and fourth positions.

The religious horror film starring Jeffrey Dean Morgan ‘Pray for us’ closes, with 0.17 million euros, a Top 5 that, sure, will vary considerably for next week thanks to news such as ‘Mortal Kombat’ or ‘A promising young woman’, which will be available in our rooms as of this April 16th.

We begin our review of the premieres of this Friday 16 with the blockbuster of the week; a new adaptation of the legendary fighting video game ‘Mortal Kombat’, this time directed by newcomer Simon McQuoid, which promises a show as wild and violent as you would expect. Having a martial arts giant like Joe Taslim giving life to Sub Zero and a genre specialist like James Wan producing are two of the many claims that the film has and that scream out loud “Get over here!”.

READ:  One Piece Chapter 1009: Release Date, Where to Read, and Spoilers

Criticism in Espinof: ‘Mortal Kombat’ is an “impeccable victory”: a wild and self-conscious entertainment that reveres the original video game

Nominated for three Golden Globes and five Oscars – including best director, best original screenplay and best film -, winner of two BAFTAs … There is no doubt that this debut by Emerald Fennell, starring an exceptional Carey Mulligan, is one of the most relevant titles of the year and of the awards season. And it is that his subversive twist to the genre of rape & revenge It is not only raising blisters as far as speech is concerned; it is also a first-rate cinema show.

Are you looking forward to a hassle-free time with a pleasant and digestible production? Maybe ‘A vet in Burgundy’ is the title you are looking for; and it is because this debut feature by the director and screenwriter Julie Manoukian promises to treasure all the charm of French comedy, setting it in a rural setting and spicing it up with a good handful of endearing animals.

READ:  The Big FIB : New Game Show Coming Soon on Disney Plus!! Know Everything About It!!

Anime lovers have a date on the big screen with the mythical Detective Conan in this new film based on the manga classic created by Gosho Aoyama in the mid-90s. Under the direction of Tomoka Nagaoka – responsible for ‘Detective Conan: The fist of blue sapphire’—, this time the investigator will have to solve a case related to a series of kidnappings framed in the celebration of the ‘World Sports Games’ in Tokyo.

The first documentary proposal of the week arrives in our cinemas after winning the Special Jury Prize at the latest edition of the San Sebastian Festival. In it, the filmmaker Julien Temple, under the wing of a Johnny Depp who acts as a producer, invites us to get to know Shane MacGowan, singer and songwriter of the band The Pogues.

Six years after the premiere of ‘Oops! Where’s Noah? ‘, Toby Genkel and Sean McCormack bring us this sequel to the German animated film, aimed at the smallest of the house.

Lexeia Larrañaga de Val portrays in this documentary the secrets that nature hides in the territories of Euskadi and Navarra. A beautiful tour of one of the richest and most beautiful ecosystems on the planet.

Closing the premieres of the week this documentary focused on the legacy of Mother Teresa of Calcutta, written and directed by José María Zavala.

Starting this Friday, the romantic comedy with time loops by Max Barbakow will be in some cinemas in the national territory with a limited rerun on the big screen after its time at Movistar +.

Criticism in Espinof: ‘Palm Springs’: a wonderful heir to ‘Trapped in time’ that oozes charm and fun 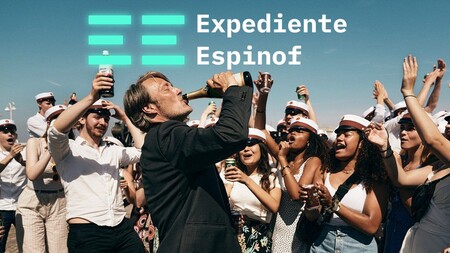 If this week’s premieres don’t catch your eye or you want to recover titles that have been on the bill for the longest time, remember that you can take a look at the movies on the bill from last week and the previous one. And if you still want even more recommendations, don’t forget that in our weekly Newsletter ‘Espinof File’ We offer you a selection of films and television for all palates curated by our editors.