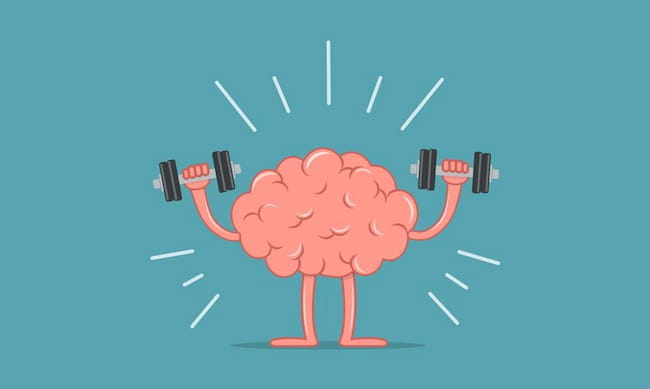 1. Exercise can help you de-stress and reduce anxiety:

Exercising releases endorphins, the body’s natural feel-good chemicals, which relieve stress and make us happy, even after a challenging workout. It also reduces cortisol, The Stress Hormone – and clears out metabolites of other hormones like adrenaline (epinephrine), allowing for deep and restful sleep.

Regular exercise can reduce your risk of developing depression by as much as 50%. Exercise reduces stress hormones that trigger feelings of depression in the brain while increasing activity in parts of the brain that help us control our moods. In one study, researchers from Duke University found that women who exercised at least 20 minutes per day reported fewer symptoms of depression than those who exercised less.

Regularly exercising outside exposes you to bright sunlight, which is needed for healthy serotonin levels. Serotonin plays a role in mood stability and cognitive functions such as memory, learning, and concentration -the more serotonin available, the better we feel and function mentally.

Studies have also linked exercise with significant improvements in attention span, both short-term-focused attention during a task at hand and longer-term selective attention – our ability to focus on one particular thing over time.

Serotonin’s connection with improved cognitive function may be explained by research showing regular exercise boosts levels of BDNF -brain-derived neurotrophic factor- which stimulates the production of new neurons within the brain.

Endorphins, serotonin, dopamine, and norepinephrine flood the body when we exercise, making us feel happy and at ease with ourselves and the world around us. Studies show that yoga is a particularly effective way to reduce feelings of depression and anxiety while also reducing cortisol levels (the stress hormone) in the body.

Studies have shown that regular aerobic exercise such as running or cycling can create new neurons in your hippocampus, a part of your brain responsible for memory and learning — which will help support your memory functions over time.

For example, researchers from Princeton University discovered that mice exposed to an environment rich in running wheels showed increased neurogenesis after three weeks, marking the discovery of exercise-created neurons in areas outside of the brain! Running for just 5 minutes can boost your memory function, improve concentration and relieve stress.

When you feel good about yourself, you project an air of confidence that others are naturally drawn to. Regularly exercising at home or in a gym will help you lose weight and tone up, which is beneficial for your health but also boosts self-esteem because you’ll be proud of how much effort you’ve put into getting your body into shape.

Dr. Pamela Peeke describes emotional overeating as one of the most deadly forms of all addictions because it often leads to obesity and severe health problems such as diabetes and heart disease.

The risk is that we turn to food for comfort when we’re feeling stressed, sad, or low rather than reaching out to friends and family, who may be better able to comfort us in the long term. Exercise is an ideal way of switching off from these feelings of distress because it causes a release of GABA -gamma-Aminobutyric acid, which switches off the stress response in the body and boosts mood.

READ:  Benefits of Carrot Seed oil and Use for Moisturizing Dry Skin

According to a University of East London study that questioned 2,000 women and 1,000 men between the ages of 18 and 30 about their health, lifestyle habits, and overall contentment, people who exercise regularly are more confident with their life overall. For a start exercising gave a sense of achievement – half of the people surveyed reported enjoying this so much they were planning to continue well beyond the initial goal. So not only will you feel better about exercising but you’ll have achieved something too!

As well as feeling good about yourself as a result of regular exercising, you’ll soon notice improvements in your intentions and how you think. Exercisers report having better-tuned senses because regular aerobic activity trains the body to absorb oxygen more efficiently, increasing blood flow and encouraging faster processing between all of your vital organs.

According to a study from the University of Georgia, people who engage in regular cardiovascular exercise experience deeper sleep than those who engage in stretching exercises or do not exercise at all before bedtime.

READ:  How Do I Get Rid of Toxins From The Body?

For example, the study reported that people who engaged in cardio for 30 minutes slept 25% more deeply during a night’s rest compared with those who did nothing before going to sleep. The researchers also found that while there was no difference between the effects on men and women, individuals over 60 experienced more negligible effects than younger participants.

A study published in the Journal of Applied Physiology found that cardiovascular exercise affects anti-aging factors, prolongs life, and can reverse some age-related changes in the body’s cells.

In addition, the researchers found that regular exercisers experienced noticeable improvements in their cells’ ability to repair damaged DNA, even if they were born with a specific genetic predisposition towards developing cancerous cells.

Many people work out regularly because they love how it makes them feel afterward, but did you know that increased levels of endorphins cause this? These are potent neurotransmitters released when we experience pain or stress (through our muscles). So when our muscles are working hard, endorphins are released into the bloodstream to counteract the pain that would otherwise make us stop what we’re doing.

The release of these endorphins increases feelings of well-being and causes a ‘feel good’ sensation similar to that experienced when we have sex or eat chocolate. It’s no wonder so many people feel addicted to exercising because it feels so great!