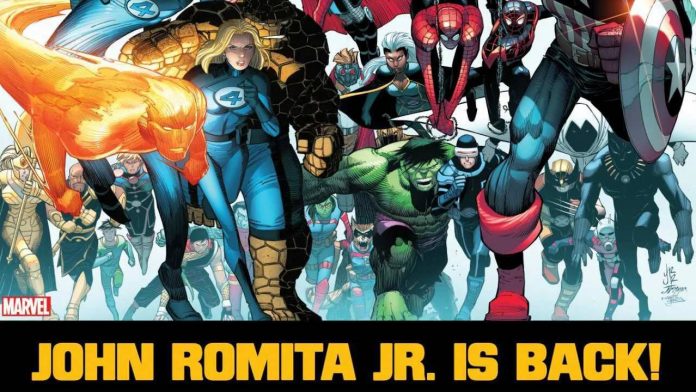 Through an official press release, Marvel Comics announced that he has found a new agreement with legendary cartoonist John Romita Jr., effectively marking the end of his tenure in the DC Comics universe.

After working over a decade ago on titles such as Daredevil, The Amazing Spider-Man and Uncanny X-Men, John Romita Jr. will make his return to the lineup of Marvel Comics artists. Romita’s “debut” is scheduled for July, when, perhaps coincidentally, the Extreme Carnage event, which does not yet have an official illustrator, will begin.

“I have been very lucky numerous times in my life, and now I can add this event to that list. I went back to Marvel, the company where I started my career, and I couldn’t be more excited. “, said the writer. “Right now, I’m working on my next big Marvel project, and it’s great!”.

Son of famed illustrator John Romita Sr., Romita Jr. contributed to the Marvel world at the age of only thirteen years old, when he sketched a villain who inspired the creation of The Prowler. His official debut was in 1977, with a six-page story in The Amazing Spider-Man. Romita Jr. remained on the Marvel team for decades, only to move to rival publishing house in 2016. During this time he designed numerous series set in the Batman universe.

What do you think of this important robbery from the rival house? And what, in your opinion, is the first job he has been entrusted with? Captain Marvel changes his life, here are the consequences of the meeting with Doctor Strange. Meanwhile, Marvel continues to mark the everyday, an iconic comic word has officially entered the dictionary.