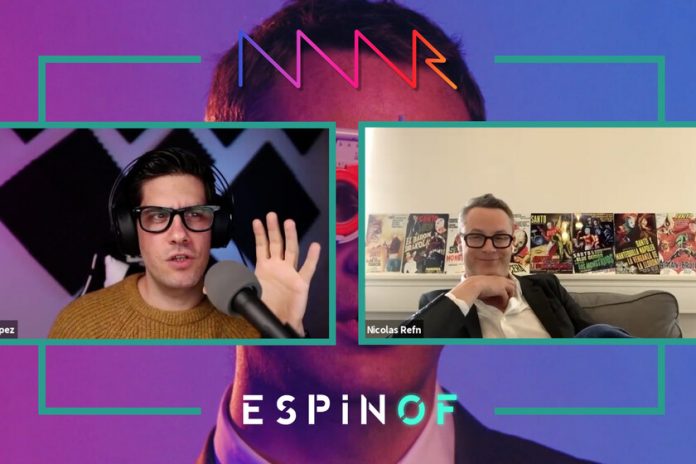 Nicolas Winding Refn is undoubtedly one of the most stimulating and magnetic authors of our time. Even if his cinema, with slow cadences, sparing in words and with an overwhelming sense of aestheticsWhether it is practically a matter of love or hate, it is undeniable that the Danish filmmaker has been giving us one-of-a-kind experiences for years.

On the occasion of the screening of the magnificent ‘Valhalla Rising’ in the framework of the BCN FILM FEST, we had the opportunity to chat with the director of ‘Drive’, ‘Only God Forgives’ or ‘Too Old to Die Young’ about your workflow and its approach to realization, on creative avenues in media other than film and television and about the future of its streaming platform By NWR. And yes, he is as interesting a man as his work suggests.

Víctor López G. (VLG): I would like to briefly talk about your workflow. Your work is largely defined by a very intense visual approach in terms of color, composition … and I would like to know how you create the aesthetics of your films with your cinematographer and your production designers, because it seems very, very difficult to do. communicate.

Nicolas Winding Refn (NWR): The first thing you have to have is not too much money so that you don’t have too many options, and secondly… I don’t know too much, or rather I don’t know anything about technology. Also, I am color blind. You just have to follow your instincts, and then don’t move your focus from that point of view.

Obviously, over the years, from when I started making movies to what I am doing now, you learn as you go and understand that you did things that maybe did not work and that others did; but I think you should make any movie with the arrogance of not knowing how to make a movie. Because then, you’re just going to follow your instincts, and that’s the most enjoyable way to work. It is a bit like sex. You know, just follow your instincts …

VLG: And how do you communicate these ideas to your team? You give them that kind of impulse, and …

NWR: I shoot in chronological order, so… it’s a matter of developing everything so that they can see the movie showing itself to them. I have always found it very inspiring. The human goal as a director is to inspire everyone to do their best.

VLG: You’ve worked with Ed Brubaker, and you’ve collaborated with Hideo Kojima on ‘Death Stranding’ with your 3D Scan, which was really cool, I have to say. Have you thought about expanding your work to other media such as comics or video games? How can you compare working on a TV series like ‘Too Old to Die Young’ to doing it on a movie? What are the advantages and disadvantages?

NWR: Well, I’m just a character in Hideo’s world; it’s obviously his game, but it was fun. I was scanned on a machine, so I was a simple sight to behold. With Ed Brubaker, we created ‘Too Old to Die Young’ together. He’s a wonderful screenwriter, and I loved doing it.

When I did ‘Too Old to Die Young’ I just wanted to make a very long movie. A 13 hour movie. It’s something you clearly can’t do in the movies, but you can do it streaming. Obviously Amazon disagreed with me, but it was too late. I think we shouldn’t be so strict when it comes to defining what is something and what is not. I think we should just look at technology, see what opportunities it opens up for you, and do whatever you want with it.

VLG: And do you see yourself working in different media beyond film and television?

NWR: Yes, sure! I think that both comics – or graphic novels, as you seem to have to call them these days – and video games open up very interesting avenues to work with, and I’d love to do more with them. I haven’t done anything with comics, and I’m starting my first game now. It is something fascinating. I’m not even a regular player; I have nothing to play video games other than a Nintendo that I steal from time to time from my children to play Super Mario.

VLG: I would like to know how your work is going on your By NWR streaming platform and what are your plans for it. And if it takes as much time as it sounds, because you guys are doing mind-blowing research.

NWR: In By NWR a team participates that does most of the work. I do practically nothing. There is a great team behind her. Regarding the other aspects, we continue to build and grow, we are in our second, as I like to call it, exhibition, which we are planning to headline “Therapeutic Decadence”, and which will be our next big presentation. We are also getting into production at By NWR, so we will do our own productions in the future. There are many things going on. We keep busy.