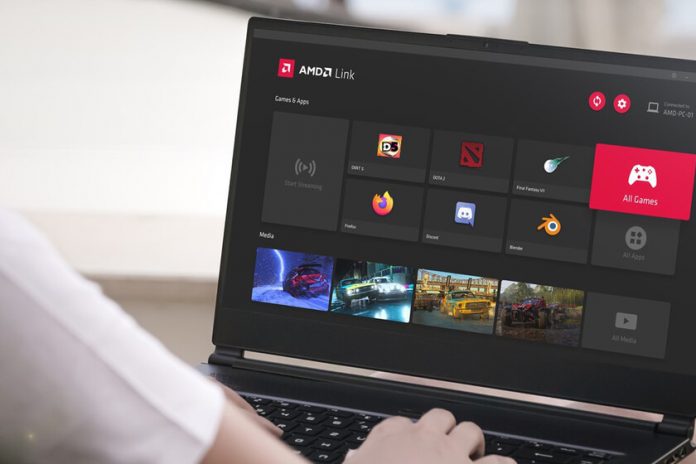 The feature that many users missed in AMD Link technology is now ready. This innovation allows any user who has a PC equipped with a graphics card from the Radeon family with GCN architecture (Graphics Core Next) the later stream your video games via streaming to other devices. In this way the graphic quality and performance of your PC are within the reach of computers with much more modest hardware.

Until now, AMD Link technology allowed us to transmit our games to a smartphone or tablet with Android or iOS, to an Apple TV device or to a television with Android TV. They just had to have a relatively recent operating system. However, what we still could not do was enjoy this remote game mode on a second PC, like, for example, a laptop.

This is precisely the deficiency that the revision of the Link technology that AMD has integrated in the last major update of the Adrenalin software for its Radeon graphics cards, the 21.4.1. So that the streaming of the games to a smartphone or a tablet to work properly must have Android 7.0, iOS 12 or a later version. 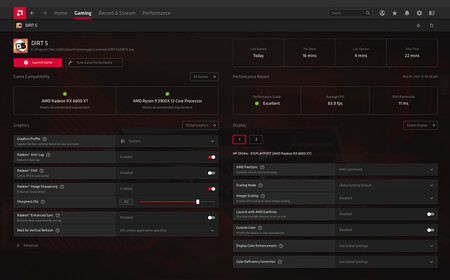 If we want to enjoy our games on an Apple TV, we will have to make sure that it incorporates tvOS 12 or later, and if we prefer to send them to a television, it will have to have Android TV 7.0 or a newer version. And to take advantage of the latest innovation in this technology and play remotely from a second PC, the latter you must have Windows 10.

The ability to enjoy the full power of a gaming PC on other devices with less capable hardware is interesting. But this is not all. Another attractive novelty that AMD has introduced in the latest revision of Link technology allows us to invite a friend to connect to our PC to play in local multiplayer or in split screen mode. Of course, you must have a compatible Radeon family graphics card.

AMD has not made improvements solely to Link technology. The latest revision of Adrenalin software for its graphics cards also incorporates these other new features:

Users can now download version 21.4.1 of the Adrenalin software from the driver download section of the AMD website. The innovations that this software incorporates do not look bad at all, but we miss something important: the activation of the FidelityFX Super Resolution technology, which will be AMD’s alternative to NVIDIA’s DLSS. Fingers crossed that you arrive as soon as possible ready to combat the negative impact that ray tracing activation has on the performance of Radeon RX 6000 graphics cards.