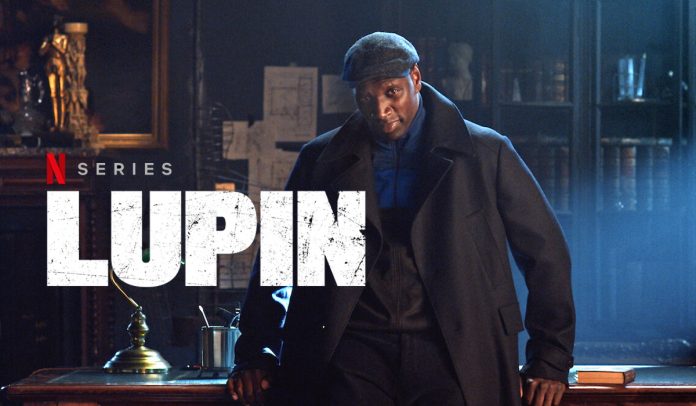 ‘Of all the arts, the illusion is the most subtle. It always requires a minimum of finesse and a good dose of courage’.

Netflix’s original series, Lupin, based on the above line, revolves around crime, thrill, and mystery.

A masterpiece presented to us by Marcela Said, Ludovic Bernard, Louis Leterrier, and Hugo Gelin.

The protagonist, Assane Diop, admires the protagonist of the book, Arsene Lupin, which he read in his past, gifted to him by his deceased father.

As told by Assane in between the series, Arsene Lupin is not a simple book. It is what he believes in, follows thoroughly, and feels inspired by.

Lupin was a man of many tales, a master of disguise. He could change his identity instantly.

He should not be considered trustworthy, so much so that we don’t even know if he’s real name is Lupin.

He used his extraordinary talents to commit various larcenies. No obstacle could ever interrupt his plans.

According to what we think was his greatest talent, he was always one level ahead of everyone.

Arsene was one lone wolf, who, from time to time, called upon his friends to check on them, who might have had questionable morals, but infallible loyalty.

He was a gentleman burglar, an inspiration to Assane. He believed that no matter what tactics are being used, it is the outcome that matters.

And obviously, the trick of fooling the world was mastered by him.

The events in the series will leave you in astonishment. The thrill will give you chills, and the mystery will leave your eyes wide open.

When is it released?

The French series of a diplomatic heist and the chronological events that led to it make the audience fanatical for the release of LUPIN SEASON 3.

Well, in 2021, when the second season aired, the makers said that the third one was already in the making and it would be out by 2022.

Although there is no official teaser, trailer, or date for its release, it is expected to be out in early 2024.

Continuing the tradition, Lupin season 3 will also have five episodes, just like the previous seasons.

A sneak peeks at the CAST

The cast of this thriller is expected to be the same.

Expectations from the new season-

Lupin season three will be, like the other two seasons, an amazing bunch of episodes continuing to play with our minds with all the suspense that is left to be out.

Mr. Pellegrini, the antagonist whose company was in jeopardy 25 years ago, hired Babakar and accused him of stealing a diamond necklace worth dollars.

Pellegrini needed money, and he found the perfect scapegoat. When the necklace was nowhere to be found, he got the insurance money, and he saved his empire from a downfall.

Twenty-five years later, the necklace, all of a sudden, was in the picture. Assane conducted a calculated heist at the Louvre to steal that necklace.

He did so just to prove his dad’s innocence. At the end of season 2, we saw that Assane’s plan had worked, and Pellegrini and Dumont were exposed.

While Assane himself was on the run, he met his ex-wife, Claire, and his son, Raoul, in the end to bid goodbyes.

Even though Assane is free from the murder accusations, the start of the series would probably continue to show him on the run.

Flashbacks will continue to make us more familiar with Assane’s past. We’ll be seeing more of junior Assane, Claire, and Benjamin.

Considering the love life of Assane, now that he went away from Claire and Raoul, he is likely to be with Juliette, who loved him as we saw in the flashbacks.

Lupin is not just a series; it shows us how people get influenced by books, the characters, and how they live.

1. Will Assane continue to be on the run?

A. Yes, he would. For all the crimes he had been accused of, excluding murder, he has to stay on the run in order to not be in custody.

2. Will Juliette and Assane be together?

A. Assuming that Claire has a boyfriend, Marc, Juliette and Assane have a lot of chances to be together now. All we can do is assume that they will be together until the next season airs.

3. What happens to J’Accuse?

A. The fate of that cute little dog pal, who used to bark every time on hearing Pellegrini’s name, was not displayed in the last episode. But she is definitely safe.

And J’Accuse fans, don’t worry. Omar said that they got more of her in the upcoming season.

“Every time you think he is going to be caught, he manages to escape. The same thing for his friends, in fact, wherever he is, he always gets away.” [Arsene Lupin; the blonde woman].

If you haven’t watched the series, go and check it out on Netflix, it’s definitely worth a watch.

You will be left fascinated by the tricks he pulls and how lucidly he fools people.

The following season is definitely worth the hype, solving all our doubts and questions and cracking all the implicit theories.